You are Here: Home » News » News Headlines » Age shall not weary them, nor the years condemn

Age shall not weary them, nor the years condemn 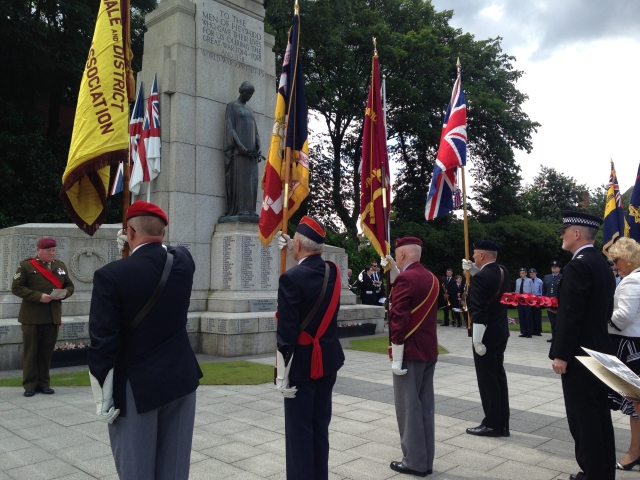 On a day when people across the UK and the world stop to remember those who have died in wars and conflicts, John Keogh, who served for almost 26 years in the Armed Forces, reflects on the deaths of local soldiers.

John Keogh left his parents’ home in Heywood in March 1990 to join the Army. In 1992 he married Beryl, from Rochdale, who he had met a couple of years before. He served for almost 26 years before moving back to the area in 2015. During his time serving in many different countries his thoughts were frequently brought back to the local area following the deaths of local soldiers.

In 1991 during the first Gulf conflict (Op Granby), John was still in training, but he says his thoughts returned to the town of Rochdale with the devastating news of Fusilier Conrad Cole’s death.

“Two years later when Beryl and I were in Germany we heard about the death of LCpl Michael Beswick who had died in Northern Ireland. Michael went to the same school as me in Heywood, St Joseph’s. I was a couple of years older and had signed up after Michael had, but it brought my thoughts back to the area as there were others from my school year that served with Michael too.”

“As I have put this piece together it has become apparent that little is known about Sapper Richard ‘Joe’ Royle, who died during Op Granby. I have contacted the Royal Engineers Association and a friend who is still working for the military to get further detail of him. It is only fitting that he is remembered as the others are.”

In 2013 John had just started in his final role in London, when the world was shocked by the death of Lee Rigby from Middleton.

John Keogh is joint owner and a director of Bluebird Care Rochdale, and in September this year John met Colin McLachlan (Who Dares Wins), a trustee of the Lee Rigby foundation, at the annual Bluebird Care conference.

Colin said he’d be honoured to lay a commemorative wreath at his memorial, whenever he’s next in the area.

John said: “We want to lay wreaths Rochdale, Heywood and Middleton in memory of these local lads, who all died in incredibly tragic circumstance and never came home.

“It has brought home to me how lucky I am to have returned from my time physically unscathed, and it is great to be back in the area renewing old acquaintances from school and my youth and to be delivering a service for my community.

“I have been truly warmed by the friendliness shown across the whole of the community since returning and I am a regular attendee at the local Veterans breakfast, and Bluebird Care Rochdale is a signatory of the Armed Forces Covenant.

“I am a Dementia Friends champion, spreading awareness of this increasingly prevalent condition and recently pushed a bed across the borough raising much needed funds for Springhill Hospice.

“It is incredibly humbling to be able to get involved in such worthwhile causes that are so close to our hearts.

“I have had some amazing challenges and battles during my army career, but none make me prouder than what our staff do, day in day out.”