You are Here: Home » News » News Headlines » Remembrance: Help your child understand what Remembrance is all about

Remembrance: Help your child understand what Remembrance is all about 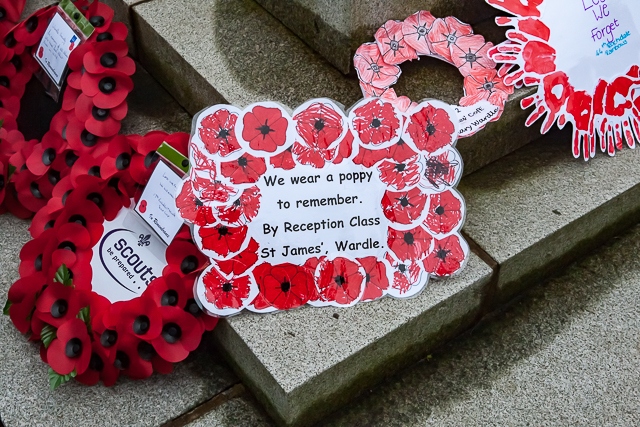 Remembrance Day is an occasion of national significance, but many parents believe that its adult themes of sacrifice and death aren’t appropriate to share with young children.

Former primary school teacher Becky Cranham, of PlanBee, said: “I believe that by helping primary school-aged children to understand why the nation comes to a halt at 11am to remember the war dead – and, from this year, victims of terrorism, too – we can safeguard its future.

“Why not try these simply activities at home to help your youngster understand what we’re remembering on Remembrance Day in an age-appropriate way?

“Start by asking your youngster if they have ever done anything they didn’t want to do but that they knew they had to do. Discuss this for a while.

“Explain that more than 100 years ago, a war began that was the biggest the world had ever seen.

“Millions of soldiers had to go and fight for their country to make sure that their country and their families were safe. Many, many of these soldiers died. It is these soldiers we remember on Remembrance Day, as well as soldiers from other wars, such as World War Two, the Falklands and Iraq.

“Most soldiers didn’t want to go to war, but they did so because they wanted to fight for what they believed was right. This is called a sacrifice. We remember them to say thank you for what they did.

“Make sure your child understand that it wasn’t just trained soldiers who went to war, but ordinary men: brothers, sons and fathers, and also remind them that Remembrance Sunday also commemorates civilians who died, too."

Provide your child with an empty plastic bottle. They then dip the bottom of the bottle into the paint and print it onto a piece of paper. Create a poppy picture, or alternatively try putting the poppies in a circle to create a poppy wreath. Children can paint the black centre of each poppy, as well as the green leaves.

Slightly older children can cut out four or five petal shapes in red felt. Arrange the petals into a poppy shape and pin together. Stick together in the centre with black embroidery thread make the centre of the poppy. Cut out two pieces of green felt in leaf shapes and sew to the back of the poppy. They can then sew or attach a safety pin to the back to create a poppy brooch.

Provide children with pipe cleaners and red beads. Children can thread the beads onto each of the pipe cleaners, twisting the ends of each one to make a petal shape. Once they have four or five bead petals, bind them together with a piece of black string or ribbon to make a poppy.

Frame their handiwork with black paper or card and hang them in the window to create stained-glass poppy scenes.

Remembrance Day isn’t just commemorated in the UK. Countries such as Canada, Australia, France, Belgium and the Cayman Islands also dedicate a national day to remember those who fought for their countries.