You are Here: Home » News » News Headlines » Rochdale police column: Working together to make the area a safer and better place

Rochdale police column: Working together to make the area a safer and better place 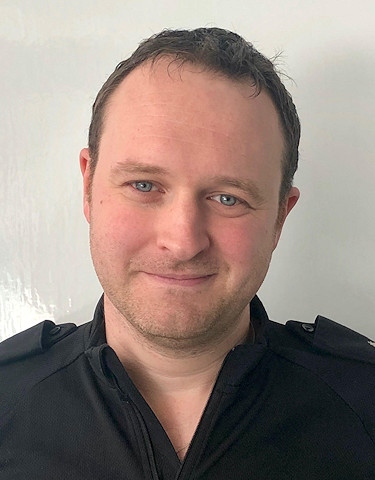 This week he discusses local objectives, including a new Streetwatch scheme for Milkstone and Deeplish, an app to flag up anti-social behaviour and new police posts in the borough.

A Neighbourhood Team has responsibility for crime prevention, problem-solving, partnership working, and public confidence. How you try and deliver on each of those issues can be a challenge. The reality for some time has been that the resources we have available do not allow us to do each of these things as well as we did a decade ago. At least, not if we try and do them in the same way.

I wrote on 2 September about a series of objectives:

Each of these objectives is based on trying to deliver on one or more of the four points which the Neighbourhood Team are responsible for to improve the way in which police, partners, and the community work together to make the area a safer and better place.

In the future when I move on to another role, I do not want to look back and think that I accepted the status quo and took the easy path of blaming limited resources for inevitably leading to a reduced service. I want to know that I took up the challenge to radically overhaul the way we work to help the community as much as we possibly could.

After two months, this is my first update on those objectives:

This month a new Streetwatch scheme will launch in Milkstone and Deeplish.

I would like to see the scheme expanded across the Pennines as quickly as we can support it.

The first version of this application, which is called CRITr (Communities Resolving Issues Together) has been designed. The Metropolitan Police has shown an interest in the app and Sgt Walsh is giving a presentation to demonstrate it at Scotland Yard next month.

The app will launch on the 1 December. Initially it will be accessible by Streetwatch members.

In the New Year the application will have functionality added to allow a user to click on a report which someone has made and to create Community Problem-Solving Events where they can invite other residents to meet at a particular time and place to address the issue.

For example, if the issue reporting is speeding, then a user may create a Community Speedwatch activity at that location and invite other residents to meet them to carry it out.

The plan for 2020 is to allow access to CRITr for the wider community. Once this done, we will then move on to the final part of the plan which is to introduce a points system, similar to vouchers for schools. Under this scheme your positive community work to resolve issues earns points.

These points can then be converted into donations to community groups in your area which you select.

It is likely that we will seek sponsorship from local businesses to fund those donations.

We were offered two unoccupied locations in the area for use as a hub or ‘police post’ and I have been really encouraged by the support.

However, having discussed this plan with others, it has been amended and we will be setting up police posts in Smallbridge Library, Smithybridge Library and premises in Newbold. This will allow the local Neighbourhood PCs and PCSOs to operate from a location within the villages.

I know this does not mean a location in every village. I would like us to get to the point where we have small police posts in each of the villages, but to do this I will need to recruit volunteers to help us run them. That is my longer-term plan, but we will trial these three locations for six months before expanding the scheme more widely.

This will begin next week. All burglaries which have occurred in Rochdale East will be shown on a map which will be released through the GMP Pennine social media account. Once we see the effect this has, we will consider expanding the information provided to include other crime types.

We have had significant difficulty introducing this portal. Having had an offer tentatively made to allow us to trial a system, the initial plan did not work effectively. We will begin again on this piece of work in January.

Since the initial update, we have provided funding to a scheme in Kirkholt where bicycles are repaired. This is aimed at providing skills for long-term unemployed people, and activity for local children to get involved in. We are also looking to fund an annual football tournament across the area between local schools and are at the beginning of the planning for that activity.

This combination of greater community involvement in problem-solving (through CRITr), better police presence in the villages (through the police posts at libraries), and the creation of new Streetwatch schemes across the area is unique to the Pennines.

These are radical changes to the relationship between police and the public. Moving from what we do to ‘police’ the community, to working in genuinely equal partnership to make our community a better place.

I believe the ‘Communities Resolving Issues Together’ model modernises the approach to community policing. Once we have achieved it, I expect the approach to be rolled out across Greater Manchester and beyond.