You are Here: Home » News » News Headlines » Rochdale man to be sentenced for robbing lone women

Rochdale man to be sentenced for robbing lone women 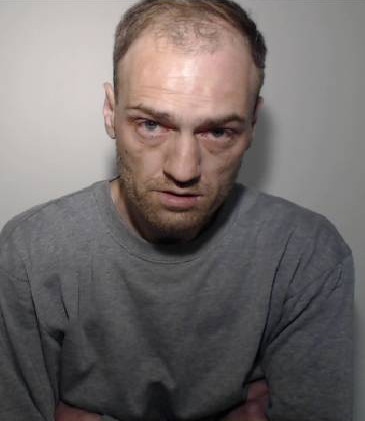 A Rochdale man will be sentenced next month for his role in a series of robberies in Rochdale and Bury.

Lee Walsh, 40, is due to be sentenced at Minshull Street Crown Court on Monday 2 December after he previously pleaded guilty to six counts of robbery and one count of theft.

A Bury woman, Marie Ellis, 35, has already been jailed for her role in the crimes after pleading guilty to one count of robbery and four counts of handling stolen goods.

Ellis was sentenced on Monday (4 November) to two and a half years in prison.

Enquiries established that a total of eight robberies occurred in Rochdale and Bury between Friday 17 May 2019 and Wednesday 29 May 2019.

The defendants targeted lone females before stealing their bags, leaving the victims in shock following the attacks.

On one of the occasions, a 52-year-old woman was approached by Walsh on High Street Walshaw as she was walking through a back alleyway. He grabbed her handbag and pushed her to the floor before placing the handbag up his jumper and running off.

On another occasion, a 58-year-old woman had left some bags on the porch of her workplace in Wardleworth, Rochdale as she went to her car. On returning to the building she saw Walsh picking up her bags and pleaded with him to leave them. Walsh then pulled out a knife, which he pointed towards her before making off with the bags.

On a third occasion, a 69-year-old woman was walking along East Street in Bury on her way to receive cancer treatment when Walsh snatched her bag which contained a number of personal items including her cancer medication.

Walsh then ran off to a waiting VW Golf and passed the bag to Ellis who was sat in the passenger seat before driving away.

Detective Inspector Andy Naismith, of GMP’s Bury division, said: “The behaviour of these two offenders was appalling and they clearly showed no thought for others as they committed these crimes.

“Their victims are understandably very shaken by these attacks and I hope that today’s sentencing will send a message to others that there is no tolerance for this type of aggressive and threatening behaviour in Greater Manchester.”