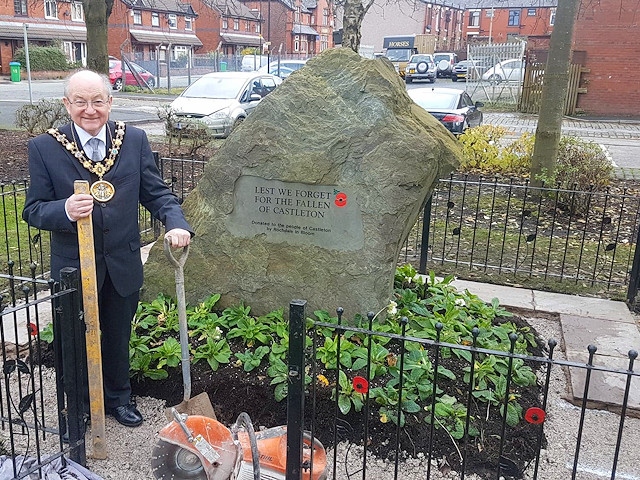 Natural stone flags are now gracing the Castleton War Memorial after being installed on Tuesday (5 November).

The area now looks even more elegant, thanks to Balfour Beatty, a new sponsor for Rochdale In Bloom.

The poignant village green memorial was installed in the summer of 2018 by volunteers, just in time for the centenary of the end of the Great War.

A first-time entry into this year’s RHS North West in Bloom Awards, the Castleton War Memorial was awarded the top level of ‘Outstanding’.

Roy Down, chairman of Rochdale In Bloom, said: "The Castleton War Memorial project just keeps getting better. The paving around the memorial complements the railings installed by Rochdale Training Association in the summer.

“There are lots of plans in the pipeline to improve the whole of the village green and make it a lovely place for the residents of Castleton to enjoy for years to come.

“We are also blessed to have the support of some brilliant sponsors." 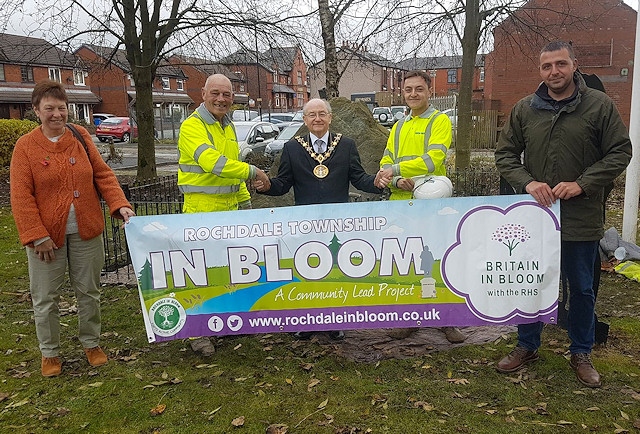 William Tyas, Balfour Beatty’s contract manager, said: “We are extremely happy to be on board as a sponsor.”

Operations supervisor, James Mills added: “It’s marvellous to see such community projects take shape for Rochdale In Bloom, and it’s wonderful to be a part of that.”

Paul Ellison, vice-chairman of Rochdale In Bloom, commented: “It’s simply brilliant to have Balfour Beatty joining other great local companies in sponsoring us, like H Bell and Sons, and Rochdale Training. The memorial looks fantastic, thanks to the hard work from Balfour Beatty.”

A service will take place at the Castleton War Memorial this Remembrance Sunday, 10 November.