Applications launched to find borough's next Member of Youth Parliament 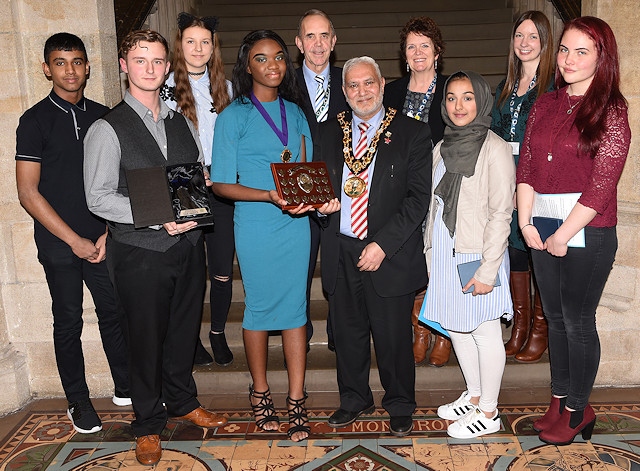 Rochdale Borough Council’s youth service is on the lookout for young people who are really passionate about issues their peers face and who want to make a difference locally and nationally.

The Deputy MYP position is also up for grabs and will play a vital role in supporting the MYP during their year long term.

Councillor Kieran Heakin, the council’s cabinet member for children’s services, said: “I know that we have really engaged and passionate young people across our borough who are interested in making a difference. Being our member of youth parliament enables you to do this on a local and national stage so it is an amazing opportunity. If you are interested, or know a young person who is, then apply today, I’d love to see lots of applications.”

The deadline for applications is Friday 29 November 2019. After that applications will be reviewed and shortlisted candidates will be interviewed ready for a section event on Tuesday 10 December, 6-9pm at Matthew Moss Youth Centre.

Final candidates will then be announced ready for them to start campaigning on their manifesto pledges in schools in the New Year where children and young people from across the borough will elect then new MYP and deputy.

Last year a staggering 9,448 votes were cast in the election that elected Anita Okunde as MYP and Louis Tweedale as Deputy MYP.

The youth cabinet has been busy working on the following manifesto points:

Their work on mental health has seen them develop blogs and advice about exam stress and support and in early December they are visiting different youth groups talking about how to stay happy at Christmas, which is one of the worst times of year for people with depression, who feel lonely or have other mental health issues.

For their work on knife crime they met with Greater Manchester Police Chief Inspector for Rochdale, Mark Warner. They are also organising a football match between young people and police to build positive relationships. The cabinet has also organised a ‘Question Time’ event at Kingsway Park High School on 12 November, with police, to discuss the topic of knife crime.

Youth cabinet member Amaan Iqbal sat on a panel in front of the British Youth Council Youth Select Committee to share his thoughts and experiences on behalf of the borough, and Greater Manchester, on knife crime.

The cabinet has also met with the director of early help and schools about work experience in schools and the curriculum for life, they also conducted a survey with school pupils on what they want to learn about to inform further work on this.

The MYP role is supported by the UK Youth Parliament who aim to give the young people of the UK between the ages of 11 and 19 a voice. This voice will be heard and listened to by local and national government, providers of services for young people and other agencies that have an interest in the views and needs of young people.

UK Youth Parliament is an independent national charity that has a rolling programme of activities across the year. This includes an annual sitting, regional meetings, and regular dialogue with Ministers including the Prime Minister and opposition spokespeople with inputs to policy and programme development.

Applications must be submitted to the youth service by Friday 29 November 2019.

For more information and an application pack visit: