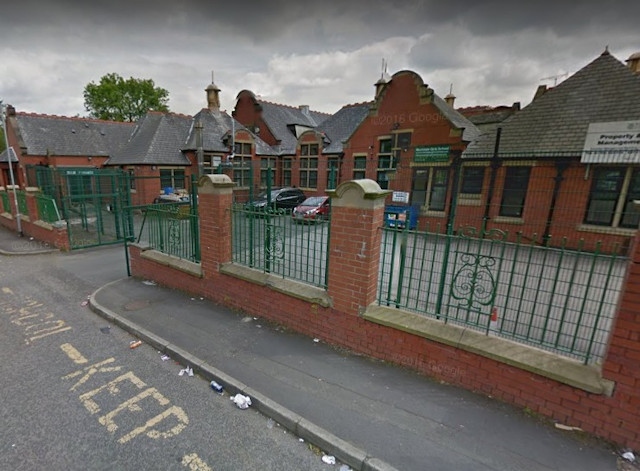 A Rochdale school is breaking the law by keeping boys and girls apart, education watchdogs have said.

An Ofsted inspection found that Rochdale Islamic Academy ‘segregates pupils by sex for the whole of their education and at social times’ – contrary to the 2010 Equality Act.

A report says it amounts to ‘discrimination by sex’ and is having a harmful effect on students.

“Pupils do not have the choice to socialise or work with pupils of the opposite sex,” the report reads.

“This is detrimental to their education and social development.

“Boys and girls also follow a different curriculum. Their choice of subjects is limited by their sex.

The academy has two sites just 350 yards apart – the girls’ division being on Greenbank Road and the boys’ on Taylor Street.

Bosses are trying to register these as separate schools, but Ofsted notes that this process is incomplete and ‘leaders have taken no steps to cease the unlawful practice of segregation by sex in the meantime’.

The report also criticises school leaders for not promoting respect for the law ‘because they are promoting an unlawful practice of segregation by sex’.

It adds: “Boys sometimes visit the girls’ building to work in the science laboratory. However, they never have the opportunity to work with girls there.

“Such segregation does not promote respect for those who share all the protected characteristics set out in the Equality Act.”

The school – rated ‘good’ at its last full Ofsted inspection in 2017 – was praised for its ‘effective safeguarding policy’ and detailed plans for catering for disabled pupils.

Responding to Ofsted’s findings, a school spokesman said: “In accordance to the legislation in September 2019 (relating to the registration of separate schools for girls and boys) this (registration) is currently underway.”

The National Secular Society has also reacted to the report.

Referring to a 2017 ruling by the Court of Appeal, head of education, Alastair Lichten said: “It is concerning that two years after sex segregation within the same school was ruled unlawful, some schools with a religious character are persisting in treating boys and girls unequally.

“Gender segregation and stereotyping harm pupils’ access to equal opportunities and their ability to form healthy relationships with people of the opposite sex.

“The government must make clear that all schools, including independent faith schools, are obliged to follow the law and treat male and female pupils equally.”