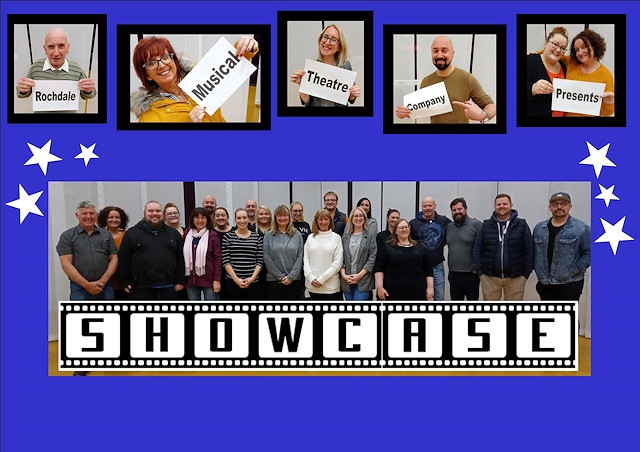 Future productions from the Rochdale Musical Theatre Company will take place at Matthew Moss High School, following a new partnership between the two.

The Rochdale Musical Theatre Company (RMTC) required a new home due to financial constraints, having performed at Heywood Civic Hall since 2017.

Following a meeting with the headteacher of Matthew Moss, Mark Moorhouse, and a tour of the school, an offer was put on the table for RMTC – and accepted.

Chairman Dan Killeen said: “The school made the offer to begin a partnership which would enable RMTC to rehearse and perform their future productions at the school. In return, RMTC would make the commitment to look to increase the number of productions in future years and introduce a Youth Theatre production that would provide students of Matthew Moss and other youth performers in the town with a platform to start performing musical theatre.

“RMTC were delighted to accept this offer and moved our rehearsals to the school in October.”

Mark Moorhouse, Headteacher at Matthew Moss, said: “The 4D light and sound installation at Matthew Moss High School is one of the largest in the UK and we are so pleased to be sharing the facility with such a marvellous organisation as the Rochdale Musical Theatre Company for their productions.

“Having heard their rehearsals, I am now a fan and have my tickets already.”

Founded in 1898 as Rochdale Amateur Operatic Society, the society originally performed light operettas and then Gilbert & Sullivan. The society has posters dating back to the early 20th century which indicate that they once performed a different operetta on alternate nights, with the cast switching between leading parts and chorus.

The society has a virtually unbroken history of performances since its inception with the exception of a short break at the end of World War One and a longer break during 1941–45 when many of the 50+ strong chorus were actively involved in other equally dramatic events.

Having played for many years at the Theatre Royal and then the Hippodrome in Rochdale, the society moved to a temporary home at the ABC cinema before moving to The Gracie Fields Theatre in 1977. In 2015, the society changed its name to Rochdale Musical Theatre Company.

Over the past decade, due to a decline in ticket sales and a sharp increase in the associated costs of producing a show, RMTC has seen its financial position deteriorate significantly.

In order to address this, the society moved from The Gracie Fields Theatre to Heywood Civic Hall in 2017.

Since then, RMTC has produced ‘The Full Monty’ and ‘Rent’, with both performances being nominated for and winning local theatre awards. Despite the success of the shows from a performance perspective, RMTC found itself in a serious financial situation at the end of 2018.

Several committee members then asked Dan Killeen to become involved, with him becoming chairman in January 2019.

He said: “I grew up in Rochdale and have been performing in shows for over 20 years, appearing with Whitworth Amateur Musical & Drama Society and in a number of productions at Rochdale’s Curtain Theatre.

“In 2017, I was invited to join RMTC’s production of ‘The Full Monty’ and it was one of the best experiences I have had in the theatre. During the period that the show was in rehearsal, I was unfortunately made redundant in my job. This was something that I hadn’t experienced before and as you can probably imagine, it was quite a difficult time for me and my family. The cast and production team for that show were such a support and I couldn’t thank them enough for that.

“When I heard about the society being in quite a desperate situation, I was really keen to do what I could to help. It was decided back in January that I would take over as chairman and quickly it became very clear that the financial position was much worse than I had imagined.

“Over the last year, the committee has explored ways that we could put together a production and remain at Heywood Civic Hall. Unfortunately, due to the financial risks involved in doing any kind of show at Heywood and the limited funds available to the society, we had to make the decision to look for a new home.”

Between 19- 23 November, the Rochdale Musical Theatre Society will be performing its first ‘Showcase’ production at Matthew Moss, a selection of classic songs from the West End combined with some the latest hits from Broadway.

Mr Killeen added: “We have been fortunate to be able to cast some brilliant talent from the Rochdale area and we hope this production will provide the local area with a showcase of what to expect from RMTC in our new home in the years to come.

“However, we will not be able to continue to produce shows in the future without the support of the people of the Rochdale. We therefore would like to ask for any support in coming to see the show, helping behind the scenes or getting involved in future productions.

“Any help would be much appreciated, but is absolutely essential to ensure that RMTC can continue to produce shows in the Rochdale area for another century.”

Anyone wishing to become involved with the Rochdale Musical Theatre Company should email: