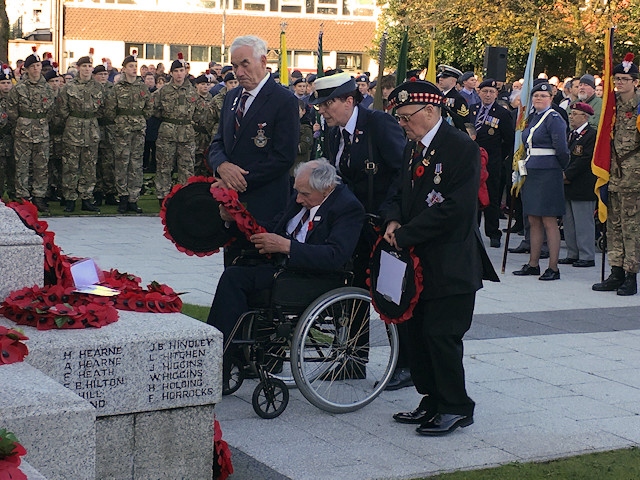 Thousands of people paid their respects to those who died serving their country at the Remembrance Sunday service in the Memorial Gardens in Heywood this morning (10 November).

The Exhortation was read: "They shall grow not old, as we that are left grow old; age shall not weary them, nor the years condemn. At the going down of the sun and in the morning, we will remember them." 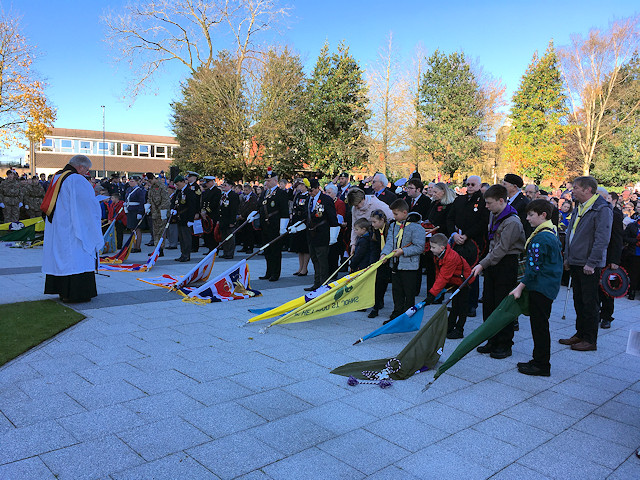 The Last Post was played and a two minutes silence was solemnly observed.

Those gathered sang the hymn 'O God, our help in ages past'.

The Minister said: “Let us remember before God, and commend to his sure keeping those who have died for their country in war; those whom we knew, and whose memory we treasure; and all those who have lived and died in the service of humanity.” 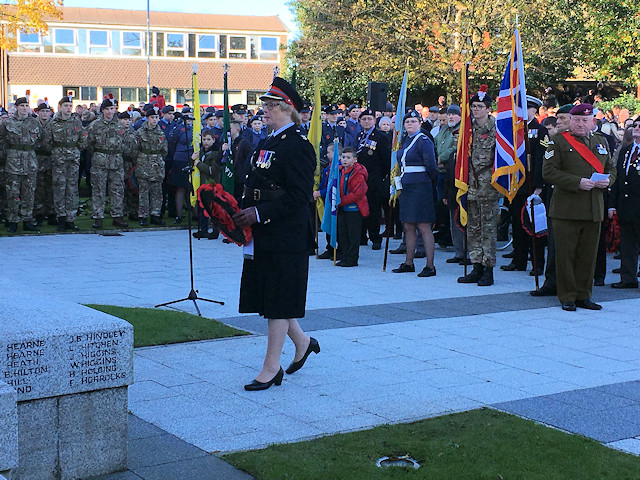 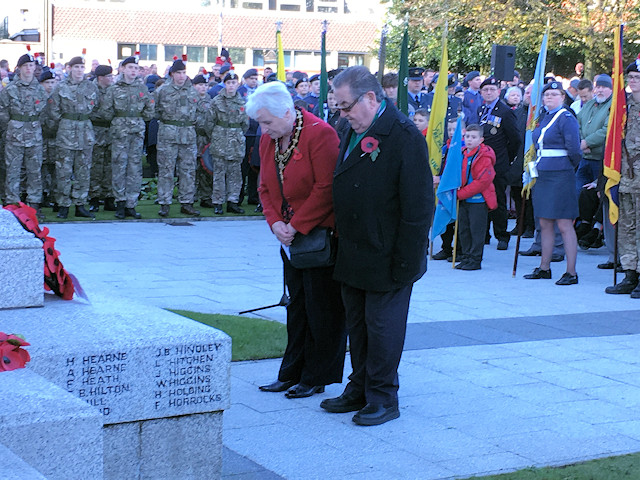 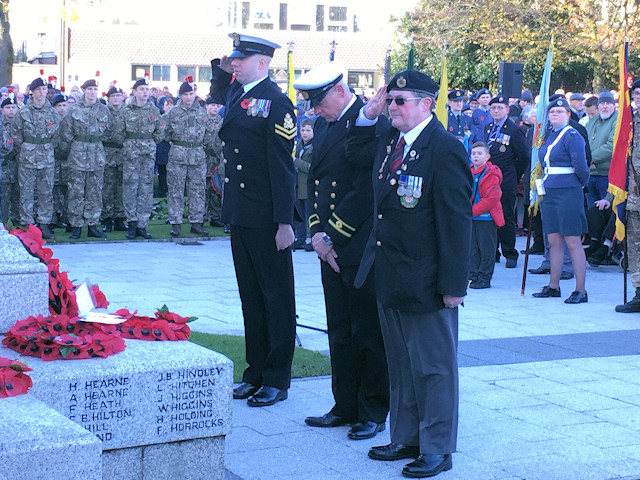 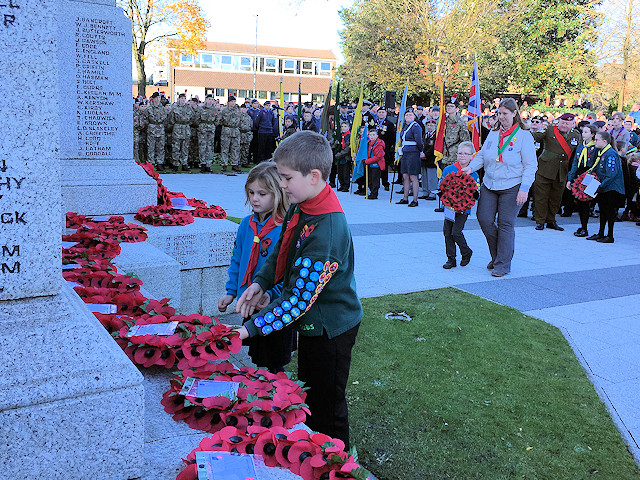 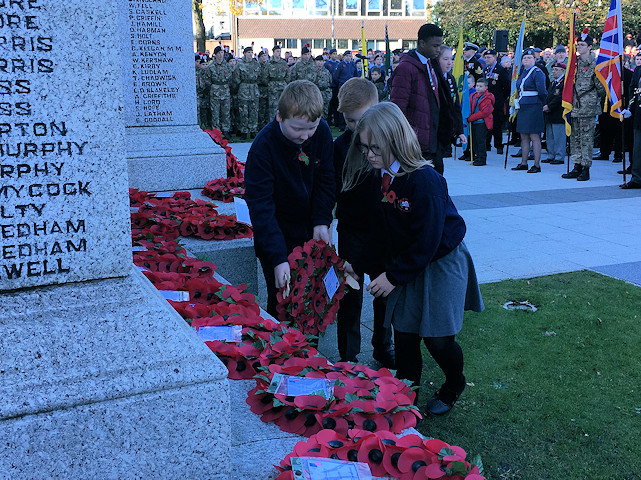 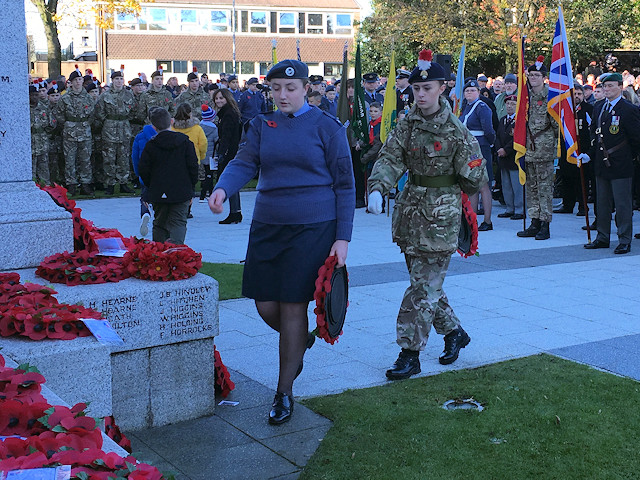 The Blessing and the National Anthem closed the service, before the parade marched from Hind Hill Street to Hornby Street and along LCpl Stephen Shaw MC Way in front of the Civic Centre.

Mayoress of Rochdale, Lynn Sheerin said: "There was a nice turnout today and it was good to see so many young people taking part. It is a poignant day to remember those who have lost their lives and all those affected by wars."

In the order of service for the Remembrance service there was a message from Mayor Billy Sheerin [who was at the service at Rochdale Cenotaph] "Today is about paying homage to those fallen in all wars and thank them for the peace we have today. We also remember those who served in the British Empire and fought alongside Britain.

"As Mayor, I am proud to be laying wreaths across the borough on behalf of all our communities.

"We will always be reliant on the men and women who serve in the Armed Forces; it is thanks to their bravery that we enjoy the freedoms and liberty we all too often take for granted. That's why today means so much, to so many. We will always remember them." 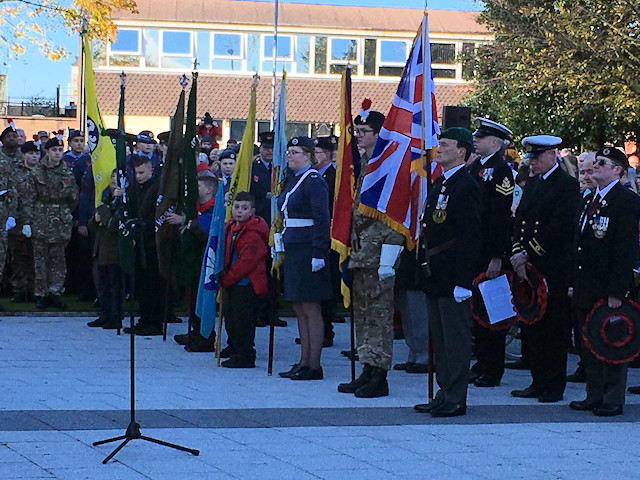 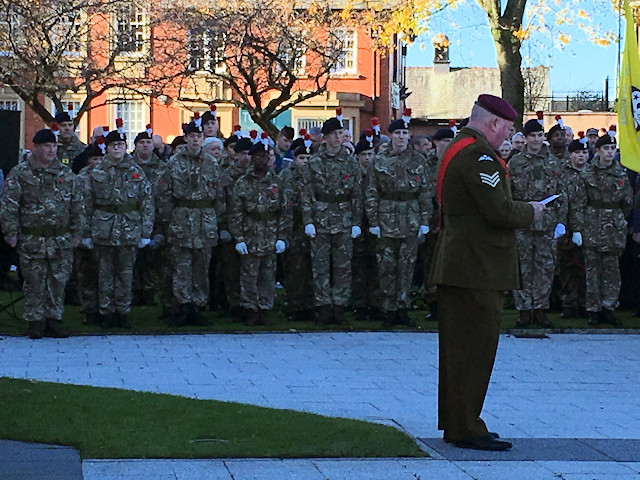 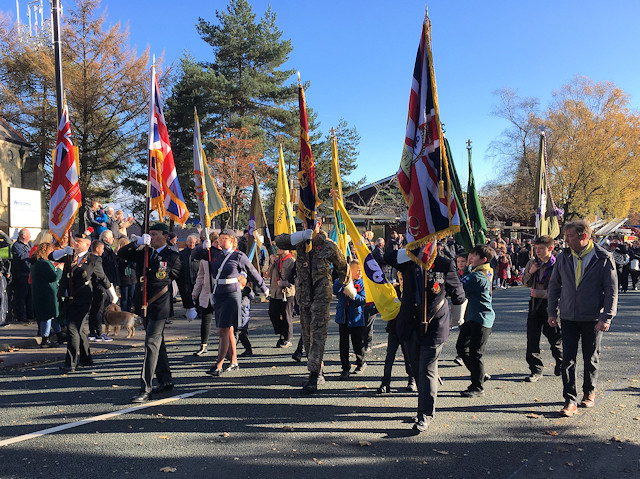 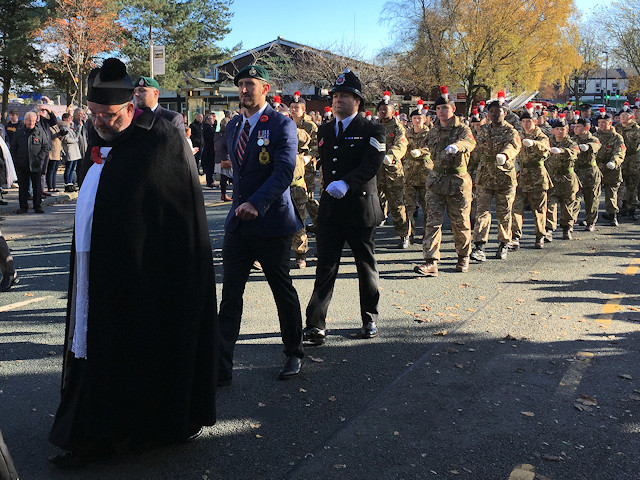 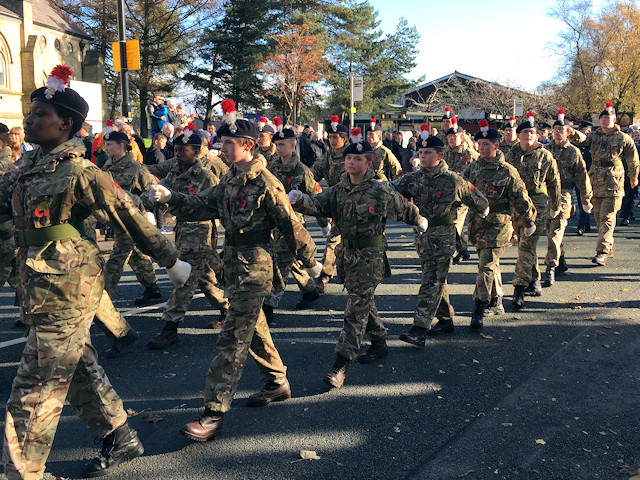 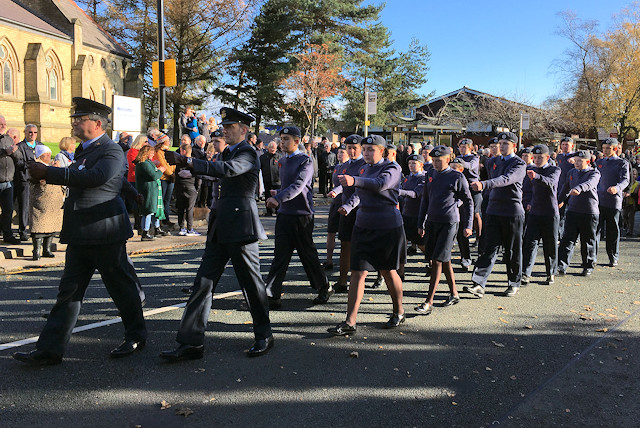 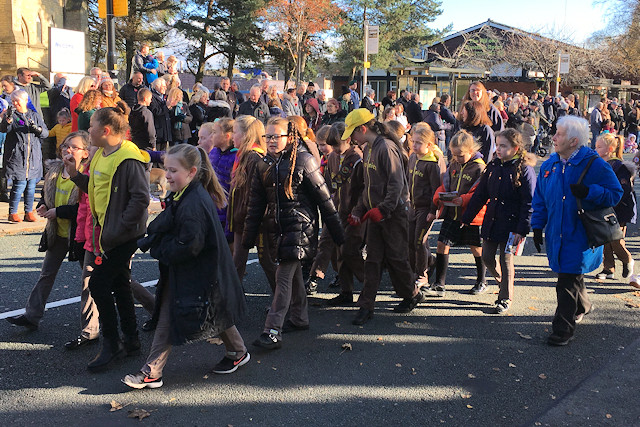 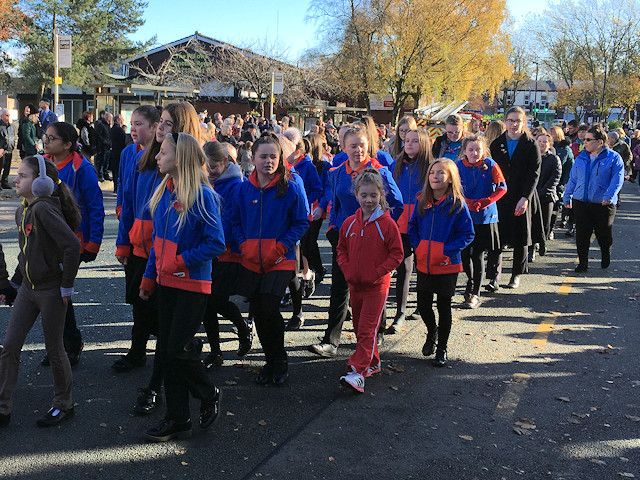 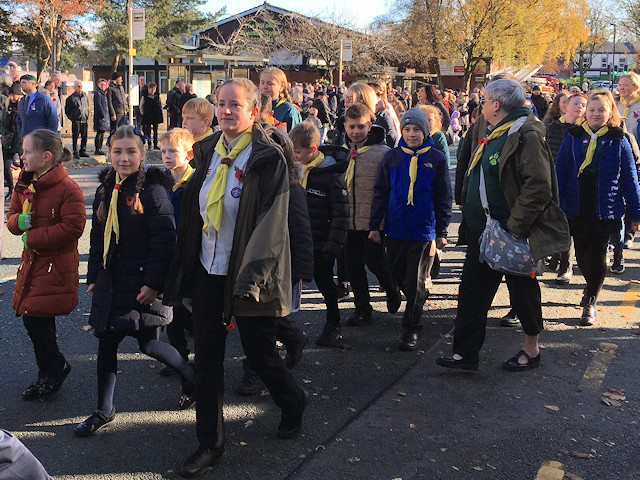 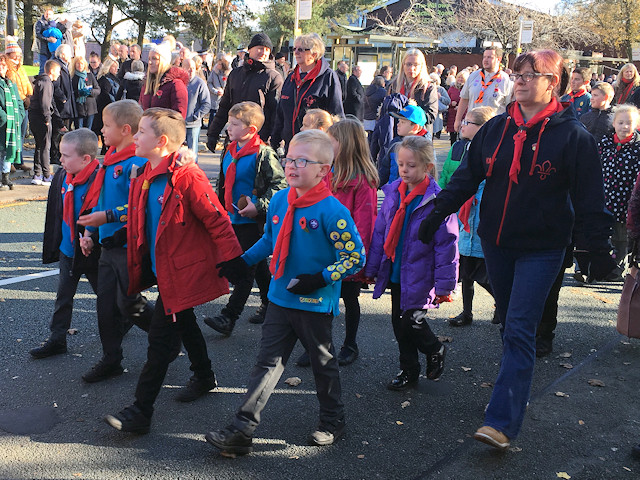 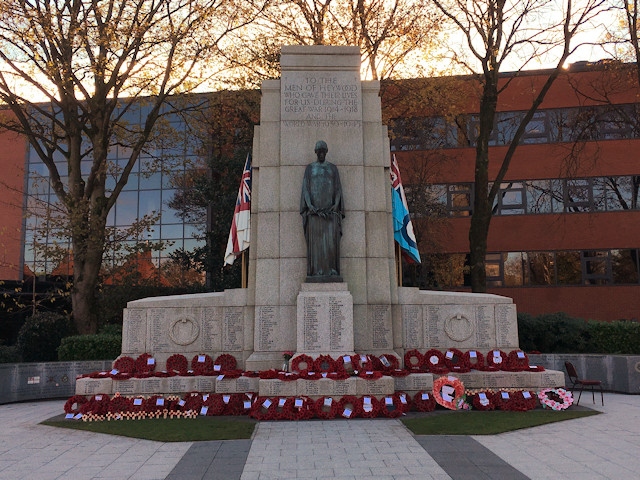 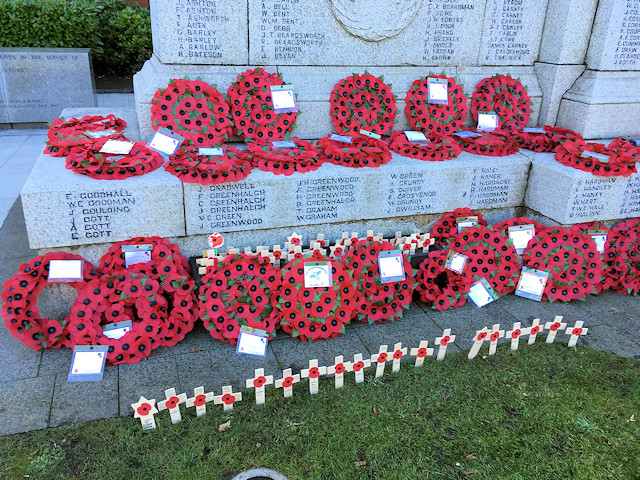 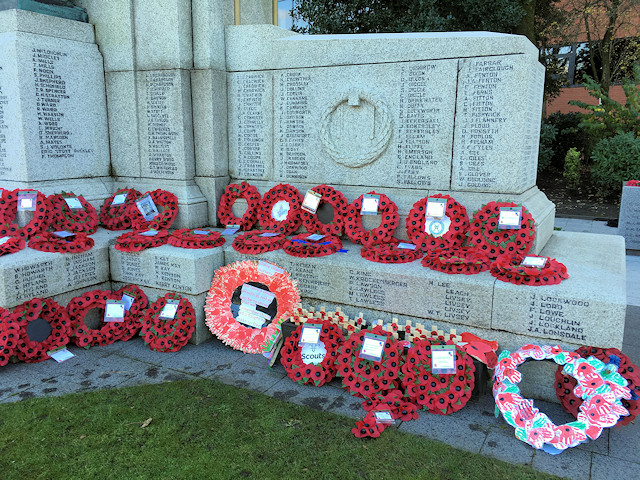 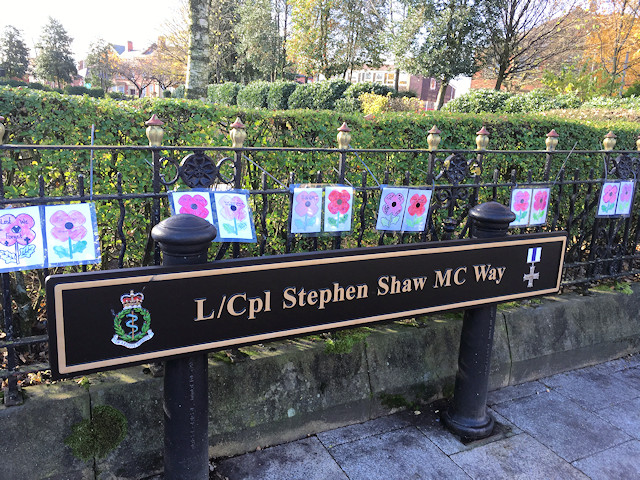