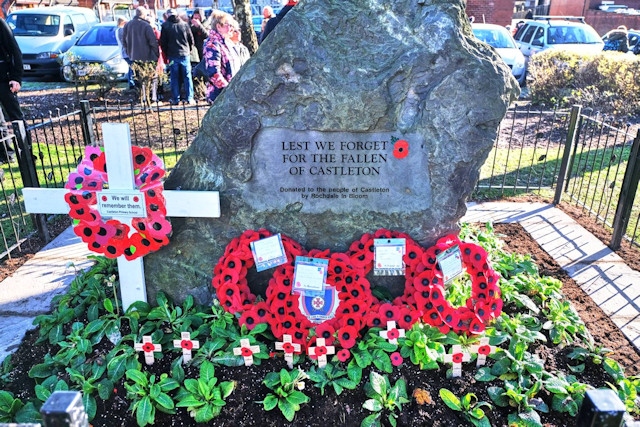 Hundreds of people graced the village green in Castleton for the annual Remembrance Sunday service on 10 November.

A small service took place at the Memorial Stone, before a two minutes’ silence at 11am.

The Last Post was sounded and wreaths and crosses were laid.

The poignant village green memorial was installed in the summer of 2018 by volunteers, just in time for the centenary of the end of the Great War.