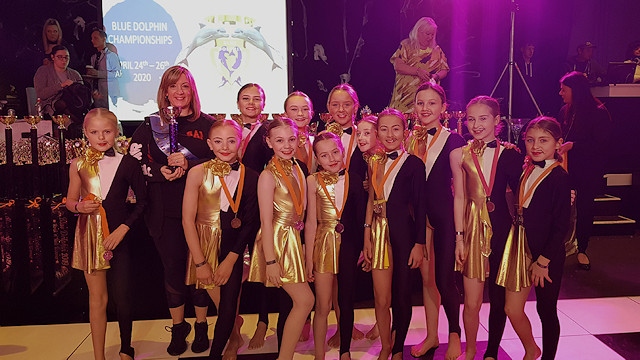 Dancers from Whitworth competed in the national Blue Dolphin Championships in Scarborough.

There were around 80 dancers, parents and teachers from Samba Dance and Fitness in Whitworth who attended the competition and the team came away with a host of trophies and medals and the parents’ team won their category.

Freya Bingham, 13, Milly Eyre, 12, and Rosie Griffiths, 11, from Whitworth Community High School were among the dancers who attended the event.

Freya and Milly have been dancing at Samba since they were two and, although dancing since the age of four, Rosie only took up competitive dance when she was nine.

In preparation for the competition, the dancers spent two full days practising at the studio in Whitworth.

Freya said: “I was third in rock and roll and sixth in solo out of about 20 dancers.”

Milly said: “In the solo you don’t know what music you are going to dance to. It is hard in slow because you have to use your emotions to interpret the music and sometimes the song they play is not one you have ever heard before.

“I didn’t get through in round one of the solo, but I got through to the final from round two; sadly, I didn’t get placed.

“I like dancing because I like to be with my friends, and I dance five times a week.”