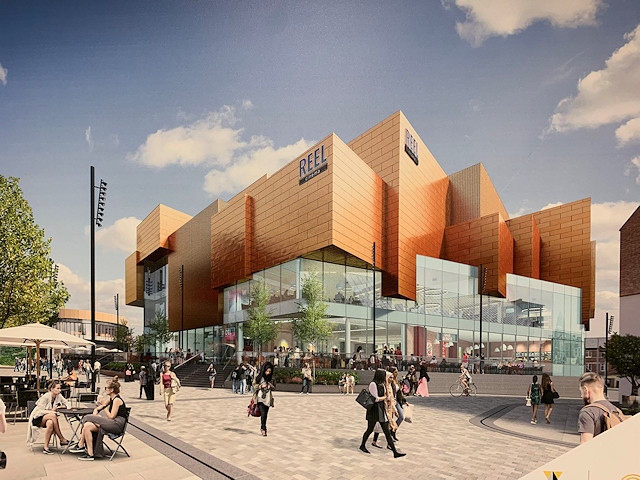 Back in January it was announced that Reel Cinemas would be opening their 15th cinema in Rochdale’s £250m Riverside leisure development.

The cinema represents the latest in Reel’s investment into the North West and will come hot on the heels of their new site opening in Chorley in December.

The new cinema will feature all of Reel’s premium seating options including seats with extra legroom, VIP seating featuring food and drinks service and reclining seats and Reel’s new 'Reel Lounge' offering plush sofas and armchairs for the discerning cinemagoer.

The multiplex will also benefit from a bar and Reel’s concessions offering including The Sweet Barrel and Cream & Cones providing a great range of confectionery, ice creams, waffles and milkshakes.

Muhammad Faisal, Head of Operations at Reel Cinemas, said: “We’re delighted to have the opportunity to bring Reel Cinemas to the people of Rochdale and incredibly excited about the Riverside site. It’s a terrific location for local transport links and being a part of a shopping and leisure development with restaurants and bars will create an area where local people can enjoy a great night out.

“While our cinema will be screening all the latest film releases, that won’t be the end of the entertainment on offer as our guests will also be able to experience the latest in Virtual Reality gaming within the foyer.”

Reel Cinemas is now fitting out the site at Riverside in readiness for opening in the spring and plans to be ready in time for the 25th James Bond movie 'No Time to Die' starring Daniel Craig which is currently filming for an April release.

Reel Rochdale follows the new Reel cinema in Wakefield which opened its doors in August, and Chorley, which is due to open in December.