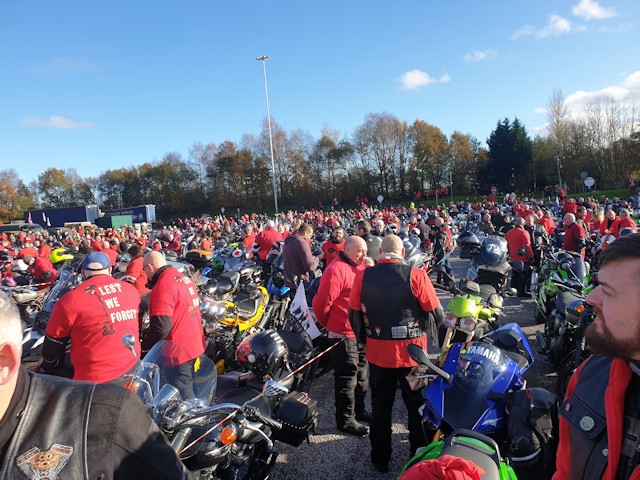 Thousands of bikers wearing red at Birch Services, ready to turn the M60 into a giant poppy

Thousands of bikers turned the M60 motorway into a ring of red on Remembrance Sunday (10 November).

Around 4,700 bikes turned out in red, appearing to make a huge red poppy around Manchester when viewed from above.

Participant Paul Whitaker said: “The ride was remarkable. There were 4,700 bikes for the Ring of Red and the Brass Knuckle Riders group had 60 bikes which rode out at the end of the service in Rochdale. It was amazing really; we had bikes come from all over the Rochdale area.” 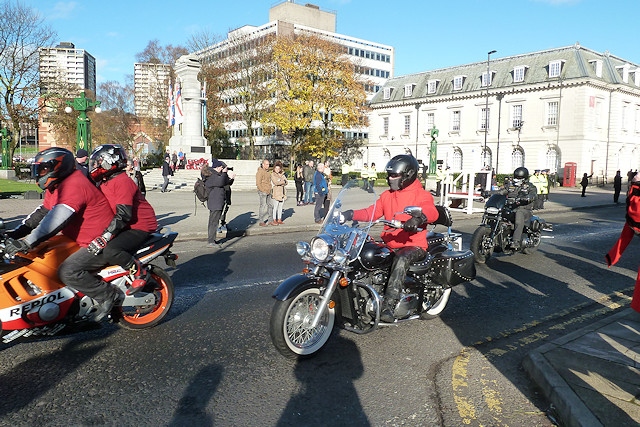 The ride travels clockwise from the services, westbound onto the M62, completing a full lap of the M60, returning to Birch.

Organised by Jeanette Netty Keily, The Ring of Red Ride of Respect M60 is an annual event, which starts at Birch Services, to present a physical show of support for the Armed Forces, both current and previous.

An additional ride takes place around the M25 in London at the same time.