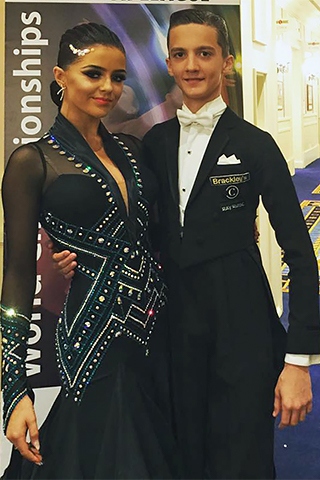 Middleton ballroom sensations Mia Linnik-Holden and Andrei Toader have danced their way to the top, after winning the U19 Dutch Open Ballroom Championship in Assen, the Netherlands, on Friday 8 November.

Mia, 16, and Andrei, 17, landed the winning spot, defeating 48 couples from England, Iceland, Ukraine, Russia, the United States and Poland to be named the champions.

They completed a waltz, tango, Viennese waltz, slowfox, and quickstep, placing three points ahead of their nearest competitors to win the title.

The teenagers became junior world champions after their partnership began in May 2015, racking up numerous titles in the junior ballroom and Latin ranks.