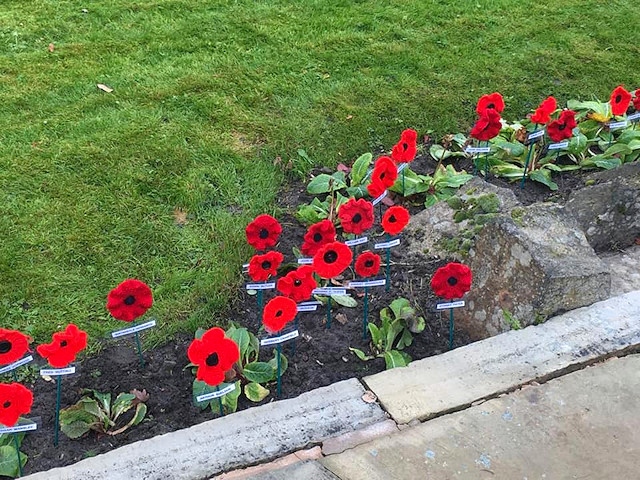 The knitted poppies at the Norden Cenotaph

Scores of crocheted and knitted poppies have been displayed in the Norden memorial gardens.

Carefully created by the Norden Women’s Institute, 99 of the distinctive red blooms have been installed, all facing the Norden Cenotaph.

Each handcrafted poppy bears the name of local soldiers who fought in World War One and World War Two.

Poppies have long been associated with Remembrance Day after they were one of the only plants to grow on barren battlefields after World War One.

It was adopted by The Royal British Legion as the symbol for their Poppy Appeal, in aid of those serving in the British Armed Forces, after its formation in 1921.

The Norden poppies were all installed in time for the Remembrance Day service on Sunday 10 November.

Parades from individual Norden Churches took place before the service at the memorial gardens.

A two minutes’ silence was observed, and wreaths laid by local groups. 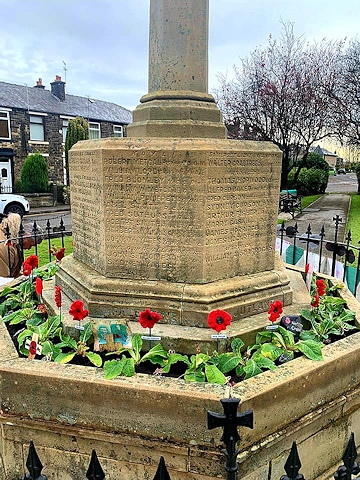 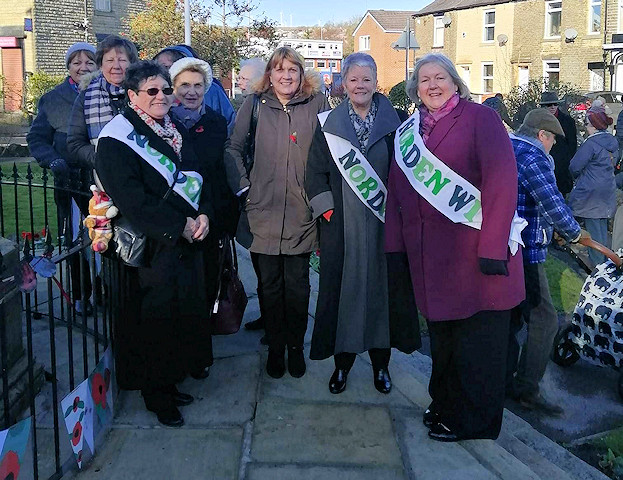 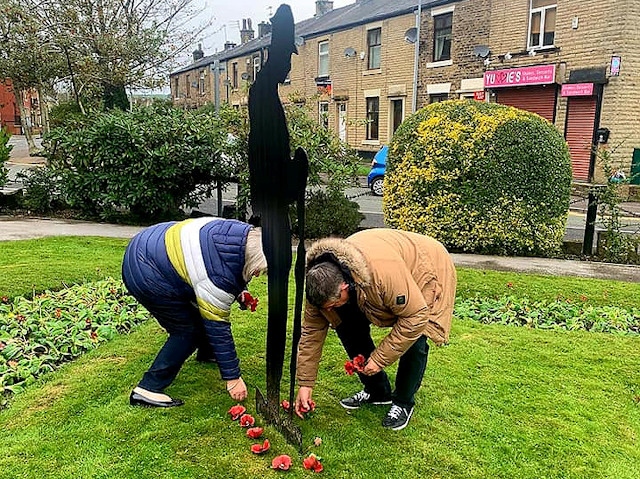 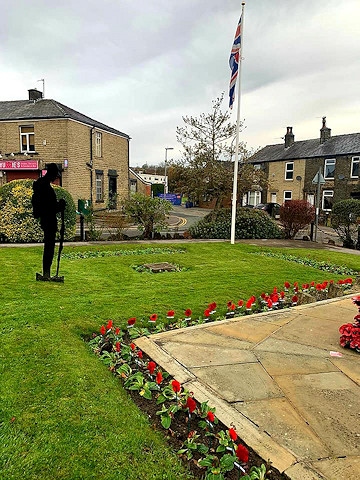 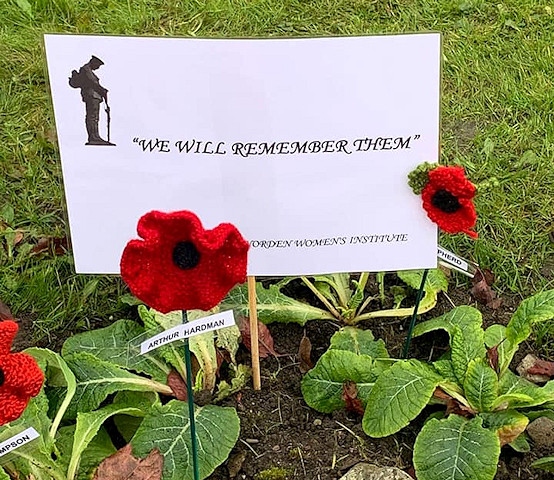