You are Here: Home » News » News Headlines » Man taken to hospital with leg injury after collision on Halifax Road 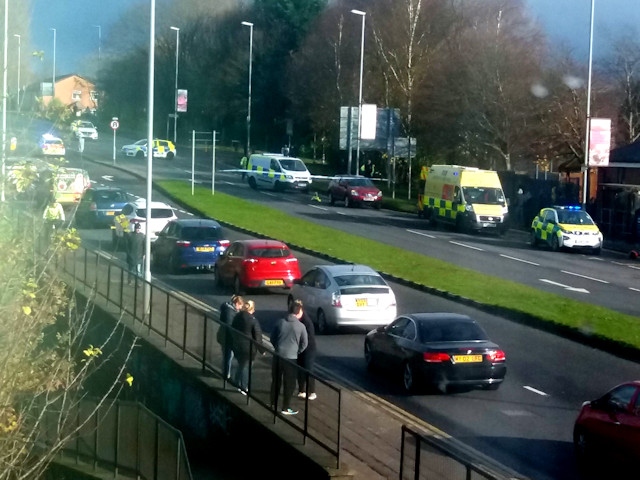 The incident on Halifax Road, Smallbridge

A man in his 40s has been taken to hospital with a leg injury following a collision between a motorbike and a pedestrian on Halifax Road, Smallbridge, on Friday (15 November).

The man was taken to Salford Royal Hospital following the collision, which occurred at around 11.20am just before the roundabout with Albert Royds Street, heading towards Rochdale.

Both police and the ambulance service were in attendance, and a small section of the road is understood to be closed.

A spokesperson for the ambulance service said: “We were called to reports of a road traffic collision at 11.24am. We sent a rapid response vehicle and an ambulance, and treated a male in his 40s.

“He has been taken to Salford Royal with a leg injury.”

A spokesperson for Greater Manchester Police said: “We were called to reports of a collision between a motorcycle and a pedestrian. The rider remained at the scene and no arrests have been made."