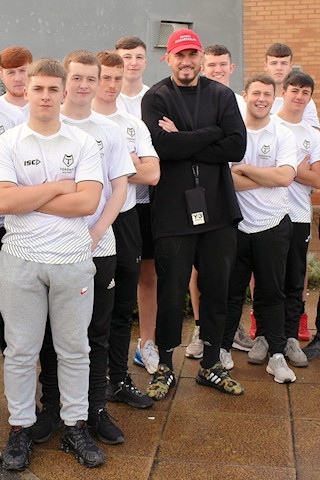 Toronto Wolfpack, the world’s first professional transatlantic sports team, are the first club outside of Europe to take part in the Super League after winning the ‘Million Pound Game’ against Featherstone Rovers in October.

Spreading their time between Canada and the UK, the Wolfpack have used Hopwood Hall College as their training base since the start of 2018 due to the college’s own strong reputation within Rugby League and its professional club-level sports facilities.

The last few weeks have seen Toronto shake up the world of rugby after signing Sonny Bill Williams for a rumoured £5m shortly after ‘SBW’ took on England in the Rugby World Cup.

Despite flying across numerous continents and having a packed UK schedule, Williams set time aside to meet with the college’s own rugby academy students after getting together with his new Toronto teammates. 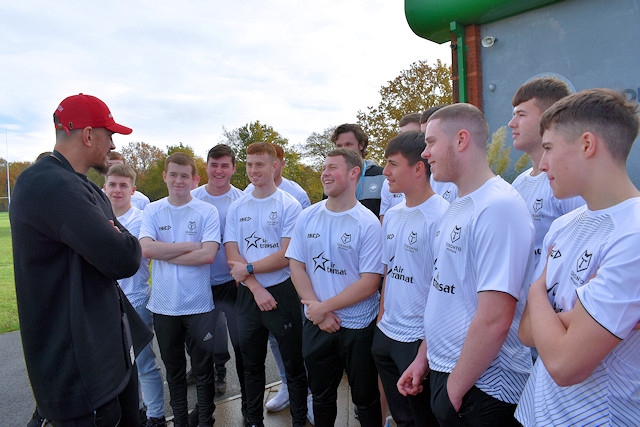 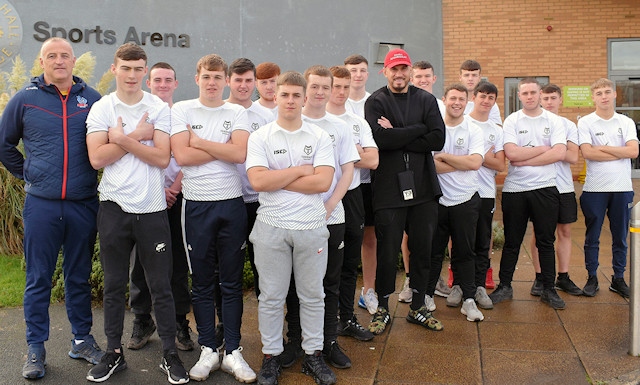 Whilst students will get more chances to watch the double World Cup winner train, they made the most of the opportunity to talk about their own clubs, lives and career aspirations with the Kiwi legend.

Hopwood Hall College’s Centre Director for Sport and Uniformed Public Services, Kris Robinson, was as ecstatic as his students on meeting one of the biggest names in rugby.

He said: “Toronto Wolfpack signing someone of Sonny Bill Williams’ calibre is such a brilliant statement of intent, it perfectly encapsulates the club’s ambition we’ve witnessed during our partnership with them.

“It’s also a landmark achievement for Greater Manchester to have one of its own colleges host such an ambitious club and big named star.

“The Wolfpack players and staff have been fantastic with our students for what is nearly two years now, they put strong values on developing their performance in communities – not just on the pitch. Everything from the small day to day interactions to the light training sessions they’ve included students in have been superb experiences for our students.

“Staff at the college have enjoyed following Toronto since they came to the college and Sonny Bill Williams giving up his time to speak to and shake the hand of every rugby academy student is a perfect embodiment of our partnership with them. Needless to say we’re even more excited for the new Super League season.”

Toronto Wolfpack recently extended their contact with Hopwood Hall College as the strong partnership between a college in Greater Manchester and a rugby club in Canada continues to grow.