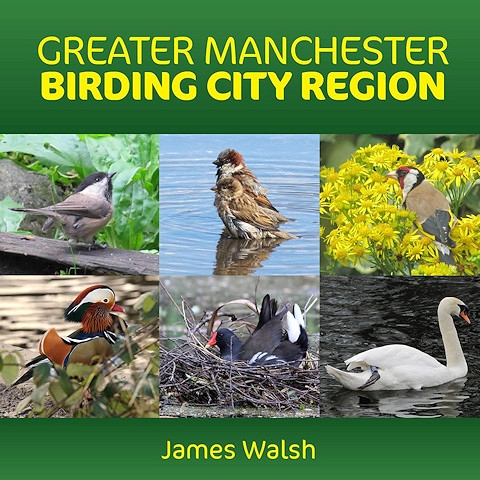 Mancunian writer and birdwatcher, James Walsh, has made his new e-book available for free on Rochdale Library’s website and borrowing app, Borrowbox.

He said: “I hope that this book is a progressive, educational, enlightening book that everyone can enjoy and that it encourages people to appreciate the beautiful environment of Greater Manchester.”

James is a qualified ecologist, with eco-tourism qualifications from TAFE College in Australia and an Ecology degree from the University of Salford.

The book was published on 16 August. It highlights the strong history of birds in Greater Manchester: for example, it was the location for one of the first two reserves for the Royal Society for the Protection of Birds (RSPCB).

He also released ‘Birding Oldham’ in October, an introduction to birding activities in Oldham.

James writes in ‘Greater Manchester Birding City Region’ that on a clear day in spring, a birdwatcher should be able to spot over 50 species. When he visited the Rochdale borough on 29 May earlier this year, he recorded a huge 58 different bird species over a wide range of habitats in the area. The highest number of species recorded was nearby in Oldham, where he found 64 types of birds a few weeks prior.

James found that Rochdale’s number one birdwatching site was Hollingworth Lake, followed by Healey Dell and Piethorne Valley. The top species was the peregrine falcon, which has 'territory on municipal buildings such as town halls'.

He also found that Rochdale had a high number of redpolls and meadow pipits. In the ‘Rarities’ chapter of his book, James notes a November 2010 sighting of a pide-bilied gebe from North America which took up residence at Hollingworth Lake.

He writes: “For an inland, urban county, Greater Manchester has a superb list of rarities that have flown in from all around the world. The number of rare birds recorded is testament to the exceptional hard work of Greater Manchester’s local patchers.”

James has been birdwatching from a very early age and has won awards for his research. He has also written numerous books like ‘The Birds of Salford Docklands’ and ‘The Northern Greenhouse – A New Vision of the North’.

The ‘Greater Manchester Birding City Region’ project is part of the ‘Northern Greenhouse’ and ‘North England Eco-Tourism’ projects and was launched at a series of events in March 2018.