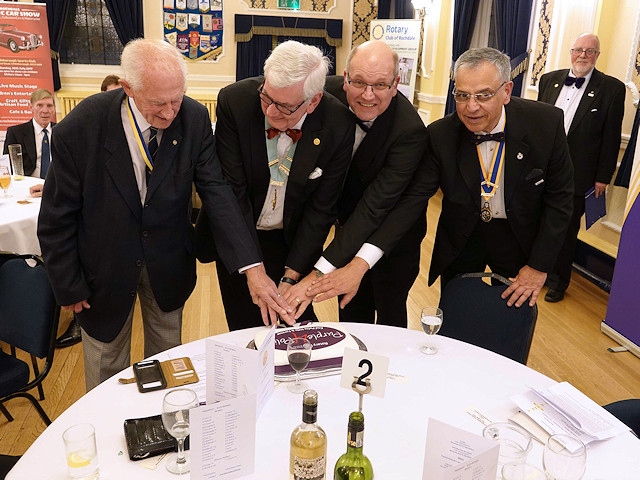 The Rotary Club of Rochdale celebrated World Polio Day on Thursday 24 October with a purple cake at a special event at the Masonic Buildings, Richard Street.

President Ravi highlighted his ideas for the year’s charities at the time of the event, including the Buddy Bag Foundation which supports children in emergency housing with essential items.

Mr Sharma said: “We should celebrate the diversity in the Rochdale community, and I hope to bring our people closer together with the common Rotary aim of 'service above self' and encourage more people to join the club.

“I am pleased we are supporting the 'Youth Speaks' event again at Falinge Park School in January 2020 to give young people confidence in public speaking. Falinge Park itself will be the new venue for our Classic Car show in July 2020 and this will be a major fundraiser for our charities.”

The Polio Plus campaign was set up by the Rotary in 1985 and has contributed more than £1.5 billion to ending polio ever since.

Polio is a viral infection that was common internationally and in the UK. Currently, there is no cure for the disease, which can cause temporary or permanent paralysis and can be life threatening.

Cases of polio in the UK fell dramatically when routine vaccination was introduced in the mid-1950s.