Two people taken to hospital after collision on Edenfield Road 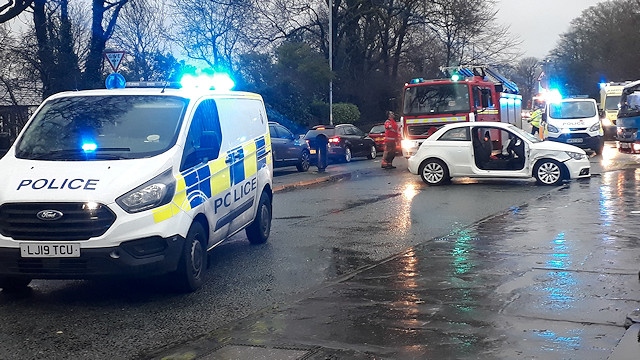 The scene on Edenfield Road

Two people have been taken to hospital following a collision on Edenfield Road this morning (Wednesday 27 November).

The collision occured at the mini-roundabout at the junction of Edenfield Road and Bagslate Moor Road.

In addition to police and the ambulance service attending the scene next to Woodyard petrol station, two fire engines and a technical response unit from Ashton Under Lyne were present.

Both casualties were released from the vehicles by fire crews and conveyed to the Royal Oldham hospital by ambulance. 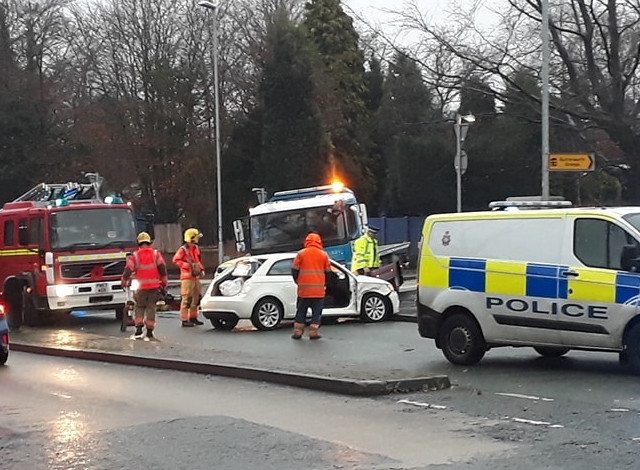