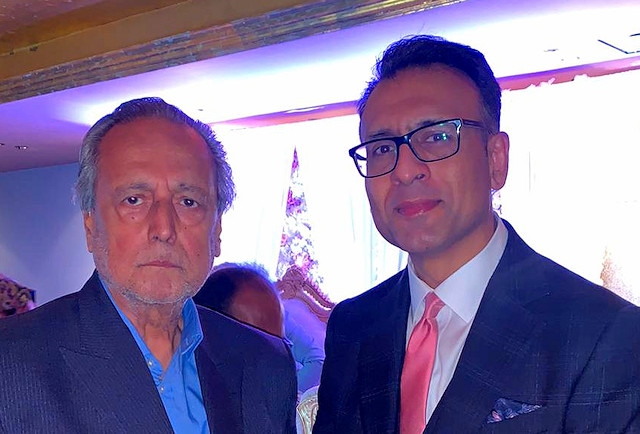 Rochdale businessman Asad Shamim has set up a non-profit organisation to assist families in Pakistan who are experiencing ongoing legal problems.

Named after the Urdu word for ‘justice’ (insaaf), Insaaf 4U has been created as a collaboration between Mr Shamim, a senior board advisor of Manchester-based firm JMR Solicitors, and Justice (retired) Wajhuddin Ahmed, Senior Justice of the Supreme Court of Pakistan and former Chief Justice of Sindh High Court.

Mr Shamim, a face of the Law Society, founded the non-profit to help families find the right law firm overseas, due to 'corruption and bias' in the country.

The formal announcement of the legal reform was made during the Pakistan Law Conference at Castlemere Community Centre on 23 November.

A legal entity will be established in the UK, which will also have a branch in Pakistan and will help to solve the problems encountered by overseas Pakistanis.

Mr Shamim said: “It is a well-known concept that access to justice in Pakistan is shrouded by corruption, bias and unfairness which has led to many innocent individuals not being able to obtain justice fairly. This is particularly prominent in the lower working class and middle-class communities in the country.

“A similar problem is also being encountered by numerous overseas Pakistanis, who for numerous reasons have been disregarded and overlooked by the legal system in Pakistan.

“It is also a well-known fact that the majority of cases heard in the hierarchy of the courts in Pakistan are not heard, dealt with or concluded within a reasonable period of time. A vast amount take numerous years to be heard which has led to injustices as cases affecting individuals are sometimes not heard within their lifetime.

“In addition, there is no independence of the judiciary as appeals and reviews are carried out by the same judges who initially made the decision. This leads to bias and a tendency for the judge to stand by their previous decision. The review cannot therefore be considered independent or impartial.

“Insaaf 4U is to give relief and comfort to families, not stress.”

Insaaf 4U aims to constructively work towards a better legal system which is accessible to all.

Mr Shamim, who is also the CEO of Furniture in Fashion, one of the largest online furniture stores in the UK, also built up his own independent consultancy service and has held a range of advisory positions in various law firms and organisations as a result of this.

He has previously won an Asian Business Leaders Award and a Highly Commended award at the British Muslim Awards.