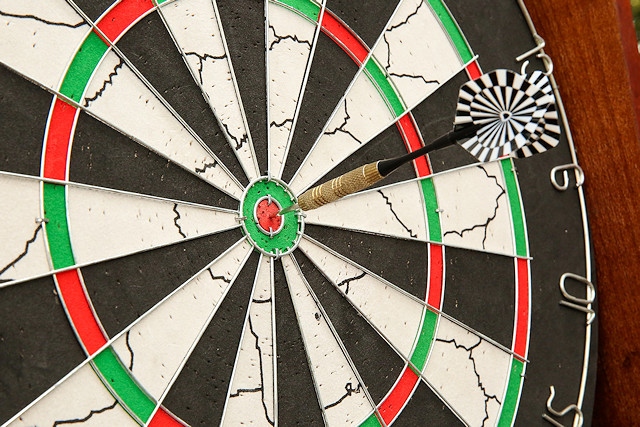 A number of pubs in Heywood are looking to bring back traditional pub games by starting a league for darts, dominoes and cribbage.

The winter league began on Thursday 28 November with 11 teams from Heywood’s boozers competing in the classic bar games.

The pub teams are hoping to get more players involved.

Simon Britton is the licensee of Browns No 1 Bar on Bridge Street, one of the bars partaking in the league.

He said: “It gets people together. There’s people playing from 18 years old to 80.”

Simon said there are currently more women’s teams than men’s which will be competing.

He said that with darts growing in popularity as a televised sport, it would be good to get local people playing again, too.

The Heywood pubs currently forming darts, dominoes and cribbage teams are Browns No 1 Bar, The Bay Horse, The King’s, The Heywood Pub, The Crown Inn, St James’ FC, The Engineers Arms, The Summit Pub and The Starkey Arms.

The teams will soon be competing for the Bill Lennard trophy which honours the famous darts player from Heywood.

Simon added that anyone interested in joining one of the teams can just go into the Heywood locals to get involved.

The league takes place every Thursday at around 8pm.