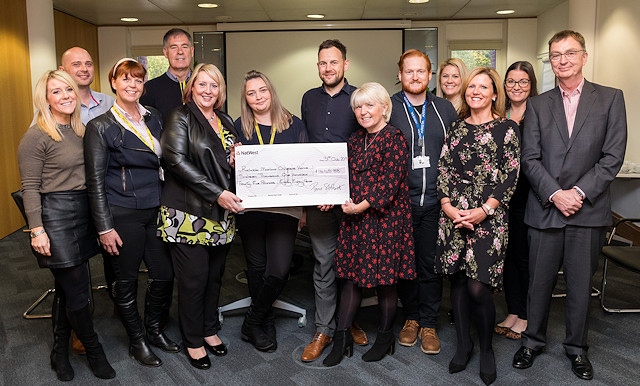 The Rochdale company, the UK’s largest independently owned telecommunications and technology service provider set an ambitious target of £15,000 when it nominated Rochdale Children’s Moorland Home as its chosen charity last year. Buoyed by a number of key events and fundraising activities throughout the year, this target was smashed.

Other events throughout the year included cake sales, raffles, weekly prize draws and the annual Zen tug of war.

The support Zen offers the local community is not all financial. Throughout the year volunteers from across the company visited the children’s home to help with painting, decorating and gardening, making a tangible contribution to its chosen charity.

Over the next 12 months Zen staff will once again get behind their chosen charity. The ultimate challenge for the year has been revealed – in June a brave team of Zen volunteers will head up North with tents and hiking boots for a three-day, 84 mile walk along Hadrian’s Wall.

As well as continuing to contribute to fundraising activities, Zen staff have the opportunity to take two paid days every year for volunteering initiatives.