You are Here: Home » News » News Headlines » Rochdale singer-songwriter named as one of the UK's "top fierce female artists" in contest to receive a music deal 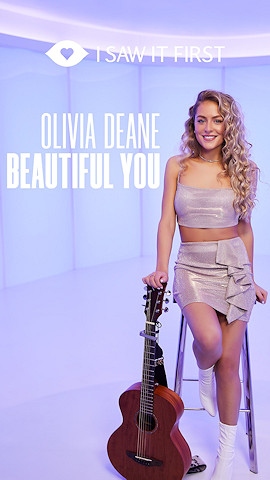 A Rochdale singer-songwriter has been selected as one of the UK’s “top fierce female artists” for a competition to receive a music deal by a national fast fashion company.

Olivia Deane, who has previously supported the X-Factor’s Sam Bailey on tour, has been chosen as one of 21 finalists for the 'I Saw It First Look' contest by the I Saw It First online retailer.

Olivia entered the contest with her original track, ‘Beautiful You’, which she says is about staying true to yourself.

She said: “I released this song as part of anti-bullying week; it’s a song for anyone who is being criticised or feeling any kind of pressure to change themselves.

“This song is just a message to everyone that you don’t need to change yourself for anybody. The most beautiful version of you is yourself and the reason someone may be criticising you is because of their own insecurities and actually. there is nothing wrong with you so don’t allow it to ever change you.”

As part of the contest, Olivia filmed her very first music video for her song in London, where she was also styled by I Saw It First.

Olivia has also been recording her EP at Shed Studios in Manchester, which will be out at the beginning of next year and has plans to release a Christmas song in the coming weeks.

The next stage of the 'I Saw It First Look' competition consists of a public vote on the music videos.

The winner will receive a music deal with the clothing company and £25,000 to kickstart their music career.

Olivia continued: “I am calling on all of Rochdale to vote for a local girl who dreams of sharing more songs like the one in my music video to empower women to feel beautiful and powerful.

“This competition will help me be able to get my original songs out there and I have so many more songs just waiting to be shared.”

She added: “It would be so nice if someone from the North won it as I feel like the North of England gets forgotten about a lot.”

To vote for Olivia, please visit: