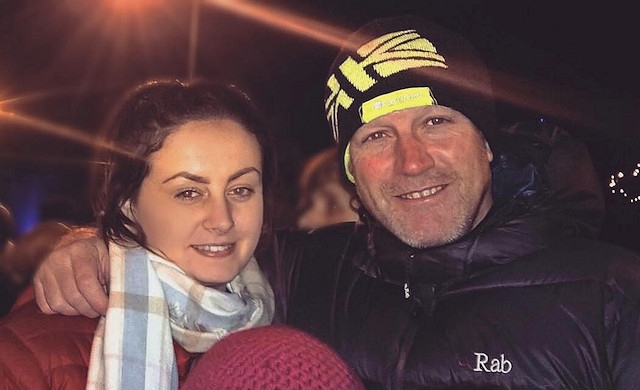 Adele Perry with her dad, Steve

On the first anniversary of his death, the daughter of the late climber, Steve Perry, will climb the Scottish mountain where he died in his memory.

Adele Perry, 24, of Littleborough, generated a plan soon after her father’s tragic death on 5 February 2019 to uphold his memory, and complete the climb of Ben Hope.

She is planning to take the hill walk route, a different one to which her father and his friend Andy Nesbitt, who accompanied Mr Perry throughout his climb, took. They both tragically lost their lives after experiencing difficulty at 3,041ft.

The climb was initially scheduled to be on Father’s Day, 16 June, but Adele says this would have been too emotionally straining for her.

Miss Perry shares many fond memories about her father, who she described as “humble” and “easy to get along with”, and how her father’s passion of climbing was involved in her childhood.

She said: “I remember once when we went hill walking, I fell into a bog going uphill, and he told me I could make it, regardless. I want to make him proud.”

Expected to take between four and seven hours, the lengthy climb is bound to be an emotional experience for Miss Perry, who will be accompanied by the support of her boyfriend and close friends. Adele is also hoping to be accompanied by the two Scottish Mountain Rescue teams which she is raising money for, Assynt MRT & Dundonnell MRT, who risked their lives in order to try and save Steve and Andy.

Despite their hardest efforts, the rescue teams were unable to save the two men, but Adele is determined to give back to them.

She added: “One of my main motivations is to give back to those who risked their lives saving my dad. My initial goal was to raise £500, but since I’ve surpassed that goal, £1,000 would be an amazing achievement.”

Adele said that a lot of her father’s climbs were charitable, such as his winter series being for cancer research.

In order to complete the climb, Miss Perry has trained with her father’s friends to gain experience, as well as hillwalking in Scotland and the Lake District, and is prepared to face all challenges thrown at her.

She concluded: “Whatever weather comes, I want to make my dad proud.”

To support Adele and donate to her causes, please visit: