You are Here: Home » News » News Headlines » Clarissa Pidliswyj chosen as one of the UK’s “top fierce female artists” in I Saw It First music deal contest 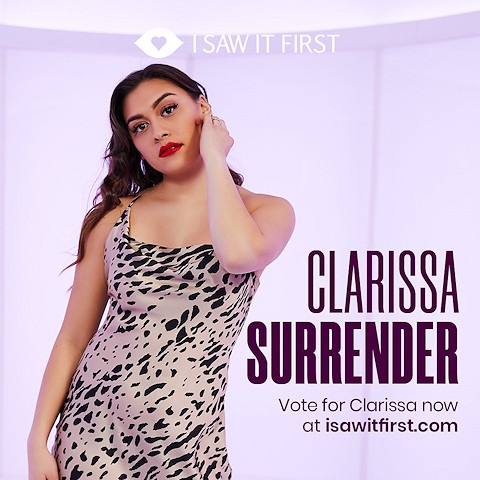 Rochdale singer-songwriter Clarissa Pidliswyj has been chosen as one of the UK’s “top fierce female artists” in a competition to receive a music deal by national fast fashion company I Saw It First.

Clarissa Pidliswyj, 21, who lives in Marland, Rochdale, has been chosen as one of 21 finalists for the 'I Saw It First Look' contest by the I Saw It First online retailer, the second local artist to make the finals.

Clarissa is a student at the University of Salford, where she studies popular music and recording. She has been performing since she was three with her dance school at the Gracie Fields Theatre and local shows and competitions.

She began writing songs in the last two years and has entered the contest with her song ‘Surrender’, written last year after a relationship break-up.

As part of the contest, Clarissa recorded her very first music video for her song in London with producer Zed Bias, where she was also styled by I Saw It First.

The former Cardinal Langley student said: “The song is about dealing with difficult emotions and not being broken by them. The competition has been an amazing opportunity and experience.”

The next stage of the 'I Saw It First Look' competition consists of a public vote on the music videos.

The winner will receive a music deal with the clothing company and £25,000 to kickstart their music career.

To vote for Clarissa, please visit: