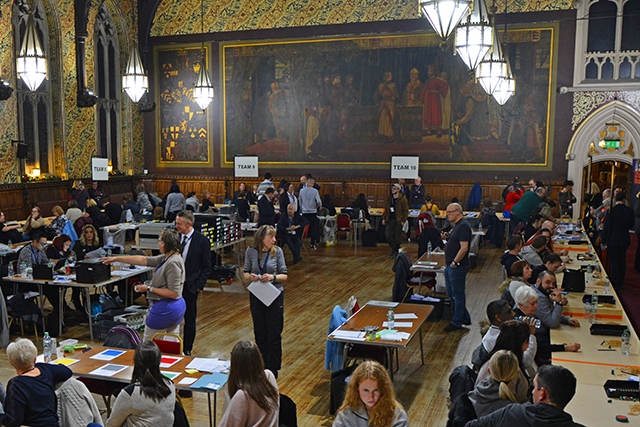 01.50 Tony Lloyd has retained his seat in Rochdale for the Labour Party with a majority of 9,668.

01.30 The result is expected to be announced here in the next 20 minutes.

Chris Green, Brexit Party candidate said: “A massive thank you to the crew that helped me, I couldn’t have done it without them. 35,000 leaflets in 20 days. We’ve had a great response, we’ve made good inroads and if the election was about enthusiasm and hard work we would win hands down.”

Tony Lloyd, the Labour Party candidate said: “It has been a disappointing night for the party, every school has had cuts and so has the national health service, Rochdale’s suffered bigger cuts than most, my job from now on is to hold his [Johnson's] feet to the fire.”

Allen Brett, the agent for Tony Lloyd, Labour Party candidate said: “I have been the agent for the Labour candidate at seven general elections and won six. The last one being a big majority but I am very optimistic with this one. It’s looking like we will win but with a reduced majority.”

Atifa Shah, the Conservative candidate said: “Considering we’ve only had 20 days to campaign, it’s gone really well. The main message was getting Brexit done. A huge thank you to all my supporters, new and old.”

00.10 Verification is complete. The turnout in Rochdale is 60.3%. The count is underway.

Sarah Croke, the Green Party candidate said: “We started small but we’re growing. I’d like to say a huge thank you to the team and all the people who voted Green. We’re very hopeful to eventually get a seat on the council.

23.50 Verification is expected to be completed shortly, then the count will begin.

Janet Emsley, Labour councillor said: “It’s early days yet but it’s sad that local politics is being decided by national issues. Saddened on the doorstep that people are saying they’re not going to vote. It’s very marmite election, people seem to love us or hate us. Hopeful to retain an excellent MP.”

Ashley Dearnley, leader of the local Conservatives said: "The exit poll is very encouraging, and I am very hopeful for Heywood & Middleton. There’s nothing certain at the moment but I am fully confident that Boris will do it and get Brexit done."

Liberal Democrat candidate Andy Kelly said: "It’s very clear, people are voting anti-Corbyn and anti-Johnson but locally it’s very encouraging that new members are coming forward but we need to look forward to how we can heal the rift this process [Brexit] has caused."

22.25 Candidates are starting to arrive. 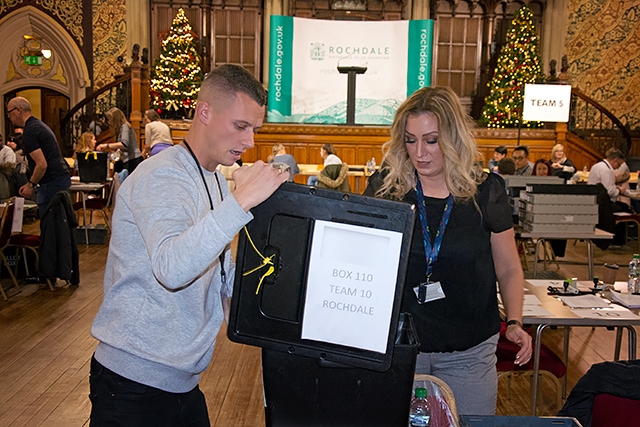 22.10 The first ballot boxes are starting to rrive at the Town Hall.

Council staff and counters are ready to get to work at Rochdale Town Hall as soon as the ballot boxes arrive.

The candidates in today's election are:

View the candidates pitches at: