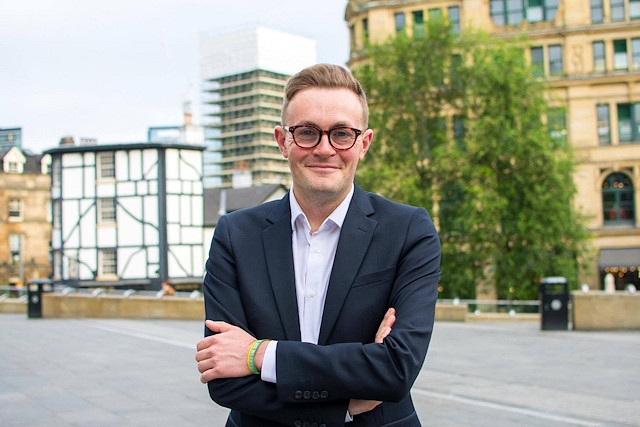 The Conservative party’s Christopher Clarkson has been elected as the new MP for Heywood & Middleton in the December 2019 General Election – with 43% of the votes cast.

Mr Clarkson’s election means he is the first Conservative MP for the constituency since its creation in 1983.

The former MP Liz McInnes, who had been MP for the constituency since 2014, remained at the count until the very end, putting on a brave face following the results, which saw the Conservatives receive 20,453 votes.

The seat has, up until now, always been held by Labour.

Mr Clarkson was elected with a majority vote of just 663 votes, in one of the lowest turnouts in recent years.

Addressing the count, he thanked the council and the police for their help on the night.

He said: “I’m looking forward to going to London and getting Brexit done.”

He was met with boos and cries of ‘it’s not about Brexit’ from disappointed members of other parties, but he was undeterred in his first speech as MP.

Mr Clarkson concluded: “I have a fantastic team behind me; thank you for making this happen.”

Afterwards, he said: "I'm absolutely chuffed to bits. We hoped for the win but when we saw Labour votes piling up I kept thinking we've not done this. You never really know until the day. I stood here in 2017 and came second. It's nice to be back with the same team.

"My first port of call is to get Brexit boxed off and I will be focussing on getting involved in the local area, boosting jobs, investment, improving schools and protecting greenbelt. Brexit is stopping us from focussing on all the other improtant issues in our local area and this is what I want to focus on."

Former MP Liz McInnes left the count following the result and did not want to comment.