You are Here: Home » News » News Headlines » Dementia diagnoses up by a third from 2014

Dementia diagnoses up by a third from 2014 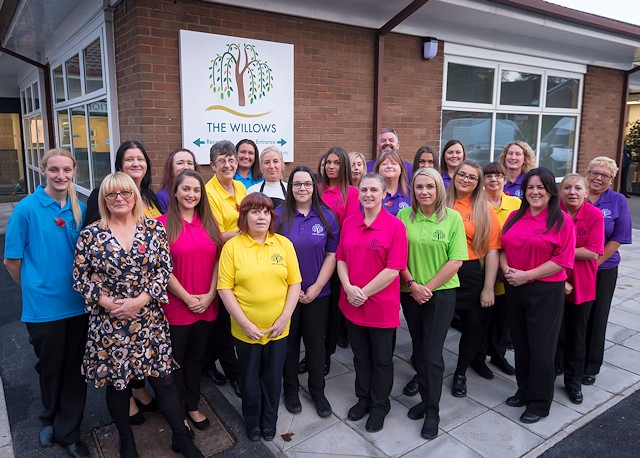 The number of local people diagnosed with dementia has increased by a third in five years, analysis of NHS data shows.

Latest figures from the BBC Shared Data Unit show there were 1,590 people on the dementia register of the Heywood, Middleton and Rochdale Clinical Commissioning Group, an increase of 34% since 2014.

This is below the regional North West increase average of 44%, and the national average of 41%. Places with the largest percentage increases in the North West include Fylde and Wyre (67%), Tameside and Glossop (61%), and Stockport (60%).

Dementia is the name for a group of symptoms that commonly include problems with memory, thinking, problem solving, language and perception. In a person with dementia, these symptoms are bad enough to affect daily life.

The symptoms of dementia are caused by different diseases that affect the brain, including Alzheimer’s disease.

In 2012, the government launched an initiative to increase the diagnosis rate of dementia. At the time, it was estimated only 40% of those living with the condition had been officially diagnosed.

Dementia care costs the UK just under £35bn per year. Two thirds of that is being footed by families rather than the government. Charities said care provision must improve, calling it a 'ridiculous lottery'.

Ewan Russell, head of policy and campaigns at Alzheimer’s Society, said: “Across the board we are seeing increasing numbers of people living with dementia and simply not enough support is being provided.

“Families are bearing two thirds of the costs of dementia care. With more people getting it, we do not think that that is sustainable at all.

NHS England said it was a priority to diagnose dementia earlier so people could receive correct treatment.

A spokesperson said: “Spotting dementia in a timely way means people get the care they need, when they need it, so it’s good news that thanks to concerted efforts nationally and locally the NHS is now diagnosing more people than ever before.”

Professor Sube Banerjee, executive dean at Plymouth University’s Faculty of Health, professor of dementia and old age psychiatrist, added: “What you’re seeing there is a reflection in the figures of NHS England’s strong priority to increase the diagnosis rate of people with dementia.

“The underlying issue was that 10 years ago only a third of people with dementia were diagnosed and when they did it was late in the illness when it was too late to help them avoid the harms of dementia and help them to make choices about treatment.

“There is wide agreement that there is a need to increase the amount of research spent on dementia nationally and internationally. There have been major improvements in that spend over the past five years but there is a lot more that needs to be done.”

“The Dementia United Partnership Board is now established within Rochdale and it held its first meeting on 23 April 2019 with representation from a range of service providers within the borough, and people and their carers living with dementia.

“Dementia is one of the priorities within the local transformation programme and, as such, we are working closely to ensure improvements are included within our project planning work.

“Our priorities throughout 2019/20 have been focused and developed in line with the Greater Manchester Dementia United themes and include improving end of life care, creating a dementia friendly transport system and improving support for those diagnosed with dementia.”

Key themes from a workshop held in February 2019 in which key stakeholders pledged their commitment to support the ongoing work required to make the necessary changes and re-design of services, have now been developed and are described in a detailed project plan.