You are Here: Home » News » News Headlines » Jazz on a Sunday - The Tame Valley Stompers

Jazz on a Sunday - The Tame Valley Stompers 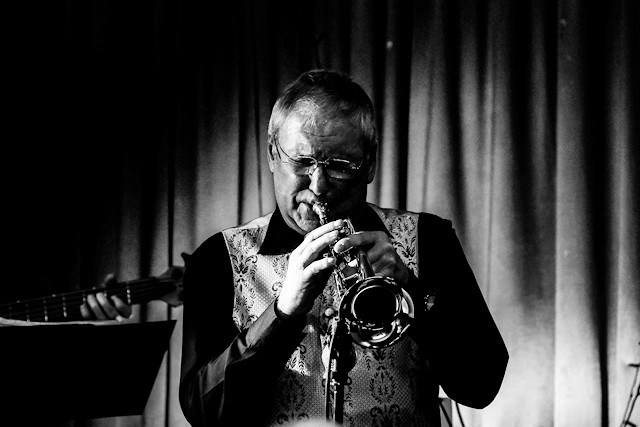 Ushering in 2020 at Jazz On A Sunday on Sunday 5 January, just as they had 2019, were perennial favourites The Tame Valley Stompers.

The band also brought the rhythms of the Caribbean via 'The Martinique' and 'Dardanella', and the big bands courtesy of Christopher Columbus and more than a nod to skiffle with 'Tight Like That', 'Momma Don't Allow' and 'Putting On The Style'.

Singalong numbers included Pete's 'When Somebody Thinks You're Wonderful' and 'Nobody's Sweetheart Now', Roger's 'A Porter's Love Song To A Chambermaid' and 'Swing That Music', the band's (possibly self-penned) 'We May Be Old' then Paul's clarinet gem 'St Philip Street Breakdown' and, finally, 'Royal Telephone Line'.