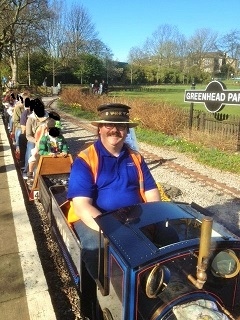 A former solicitor who said he could not walk without help, but was spotted driving a miniature locomotive, has been sentenced for benefit fraud.

In his application forms for the benefit, Blacker claimed:

But the CPS had video footage and surveillance material gathered by Department for Work and Pensions investigators, that showed him:

He was found guilty on 26 November 2019 following a trial at Manchester Crown Court of making a false representation to obtain a benefit.

The jury failed to reached a verdict on a further count of dishonestly failing to notify a change in circumstances.

Today, 10 January 2019, at Manchester Crown Court, Blacker was sentenced to nine months in prison, suspended for a year.

Rob Girvan, of the CPS Mersey Cheshire Fraud Unit, said: "At one point during this investigation, Alan Blacker was working as an advocate in Cardiff Crown Court, moving around the building with ease and climbing stairs, while claiming benefits aimed at people who are ‘virtually unable to walk’.

"He had several hobbies and interests, most of them requiring a degree of mobility which he said he didn't have.

"The Crown Prosecution Service built a strong case against Alan Blacker and the jury agreed with us that he made deliberate, dishonest representations about his capabilities.

"This money is much needed by many genuine claimants throughout the country and people like Blacker put dishonest demands on an already stretched public purse."