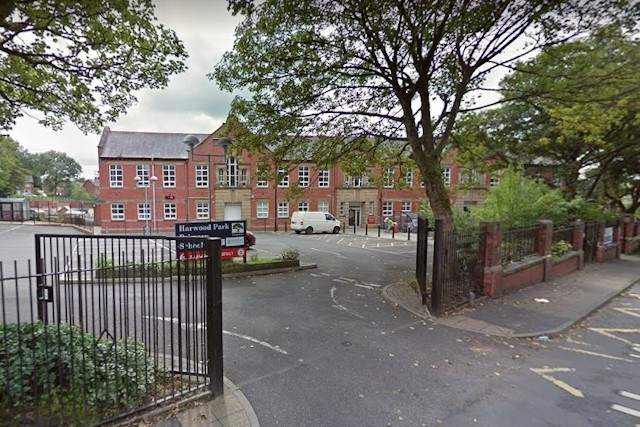 A primary school previously rated as ‘good’ has been told it must improve by Ofsted.

The verdict on Harwood Park Primary School, in Heywood, comes after a two-day inspection was carried out by the education watchdog.

Officials praised the Hardfield Street school when it was last inspected more than three years ago – but it now has some work to do to get back on track.

An inspection report said that, while teachers set high standards and have high expectations for pupils, ‘the quality of education is not good’.

Pupils’ attainment upon leaving the school last summer was described as ‘mixed’, with youngsters ‘not achieving well’ in reading, writing and mathematics compared to others nationally.

The report adds: “Leaders have been too slow to resolve weaknesses in the school’s curriculum. This means that there are gaps in pupils’ knowledge and skills in some subjects.

“As a result, pupils struggle to remember what they have been taught. They do not succeed as well as they could. This includes pupils with special educational needs and disabilities (SEND).”

Pupils learning was also said to not be ‘ordered well enough’ to build up their knowledge and understanding.

The report continues: “While geography is stronger, in other subjects, teachers have little direction about what pupils should learn.

“Teachers have not been provided with training to teach some subjects effectively. As a result, pupils’ knowledge is not secure and does not help them to understand new learning.”

Leaders have since put teachers in charge of each subject, but work to improve the quality of education is still at an early stage.

However, maths teachers were said to have ‘strong subject knowledge’ which develops pupils’ knowledge and skills well – including those with SEND.

There was also praise for the school’s new approach to handwriting, which was found to be having a ‘positive effect’ – with pupils’ work reflecting the ‘high expectations of most teachers’.

Pupils enjoy going to the school. They told inspectors that they felt safe and well cared for – and were proud of their achievements.

Bullying was not tolerated by teachers who were said to do everything they could to stop any incidents they came across.

Safeguarding was also found to be effective, with teachers well trained to spot signs that pupils may be at risk and aware of how to follow up any concerns.

Principal Amanda Davies said she welcomed the ‘many positives’ inspectors found and their recognition of the hard work being undertaken to improve matters.

She added: “We obviously find the judgement disappointing; we were inspected under the new framework which we’re still making the required transition to and we would have liked to have seen that reflected in the report.

“We will continue working hard so that our pupils are given the best possible education and learning environment and we will prioritise the report’s recommendations.

“It is really pleasing that the inspectors clearly saw how happy our pupils are and I’m really proud to read that they feel well cared for by staff.”