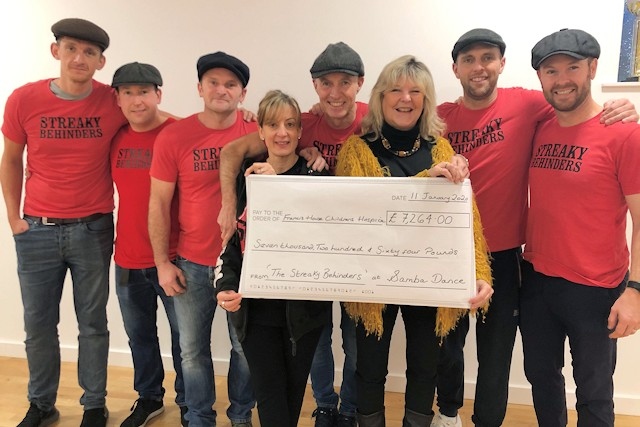 A group of dads whose children attend Samba Dance and Fitness in Whitworth have raised over £7,000 for Francis House Children’s Hospice, Manchester. 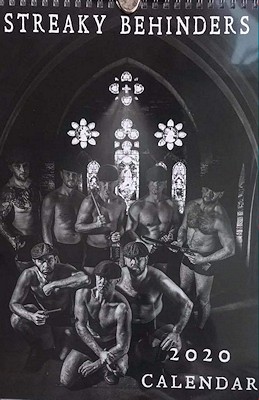 They also competed in Born Survivor (a military style obstacle course) twice, held a charity car wash, a sponsored walk and a sponsored run to the stone at the top of Brown Wardle, held a charity football match against players from Whitworth FC and finished the year off with a dance performance, based around the Full Monty, choreographed by Samba Dance teacher Beth Hall for the Samba Dance Christmas presentation. 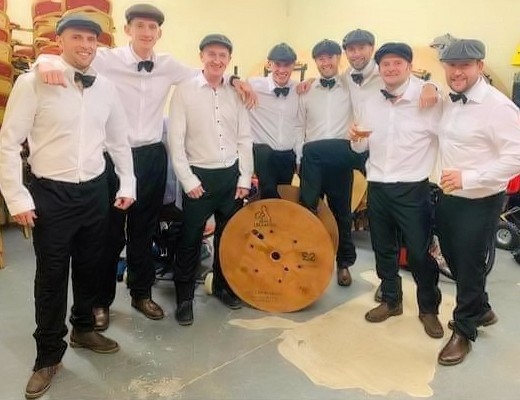 Jon Dunning, one of the performing dads, works for the company Nomical, who paid to make the calendars, so all proceeds could go straight to the charity. Alfie Ogg, the photographer, used his own time and skills to take the photographs free of charge. Large donations to the final total were also received from Farley’s Solicitors, ENWL and Samba Dance and Fitness.

The dads raised £7,264 in total and presented a cheque to Francis House on Saturday 11 January 2020.