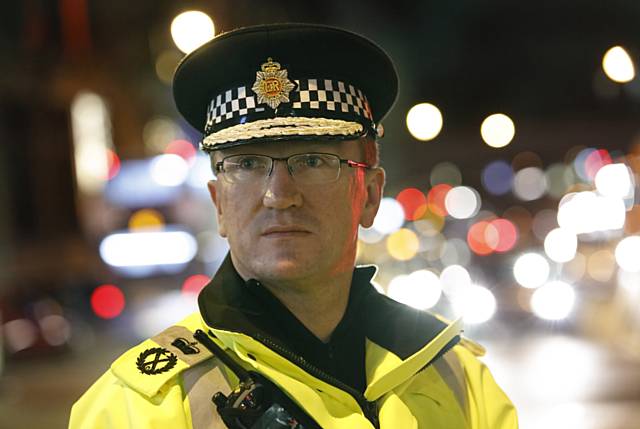 Ian Hopkins, the chief constable of Greater Manchester Police, has denied claims the force tried to stop the critical report on Operation Augusta.

Operation Augusta was set up by GMP in 2004 and identified almost 100 potential suspects and over 50 potential victims of child sexual exploitation in south Manchester.

The review states that Operation Augusta was closed down by senior officers in 2005 in order to free up resources rather than because ‘all lines of enquiry had been successfully completed or exhausted’.

The review was ordered by Greater Manchester Mayor Andy Burnham, and was released on Tuesday (14 January).

In a statement, Chief Constable Hopkins denied that the force had tried to block publication of the review.

He said: "There have been claims that Greater Manchester Police has tried to stop the review of Operation Augusta being published. Nothing could be further from the truth.

"Contrary to these reports, we have cooperated fully with the review team and acted with transparency and integrity throughout. At no time has there been any effort from us to prevent the publication of the report and any suggestion that states otherwise is categorically untrue.

"On 15 January 2018 I attended a meeting with Deputy Mayor Beverley Hughes and Malcolm Newsam, one of the independent reviewers, along with legal representatives. At this meeting I personally cut through the issues around sharing victims data with Malcolm Newsam to ensure there was no delay to the start of the review. As a result of the actions at this meeting, I signed on behalf of GMP the data sharing agreement.

"By doing this, I set the standard and led the way for other agencies to support the review, which was acknowledged by the Deputy Mayor during yesterday’s press conference.

In his statement, Chief Constable Hopkins also addressed the victims of abuse who were the focus of the review.

"I would like to once again apologise on behalf of Greater Manchester Police to all those victims who were let down in 2004 by police not thoroughly investigating the offences that had been committed against them.

"Although this report makes for difficult reading and will understandably raise concern, I want to assure members of the public that the attitude towards investigating this type of crime has completely changed since Operation Augusta was concluded almost fifteen years ago.

"Our multi-agency approach places the victim at the heart of everything that we do and ensures that proper support is provided by the right agencies and any safeguarding concerns are addressed.

"With this support from partners, it provides a stronger footing for police to effectively prevent, disrupt and investigate these crimes. In the last 12 months, Greater Manchester Police has seen 58 offenders convicted of child sexual exploitation related offences and receive sentences totalling more than 170 years imprisonment.

"I want to be clear in affirming my commitment to doing all we can to ensure that these victims receive the justice today that they were denied 15 years ago. This is an absolute priority for Greater Manchester Police and we are determined to pursue every line of enquiry available to us in order to prosecute those responsible for these crimes."