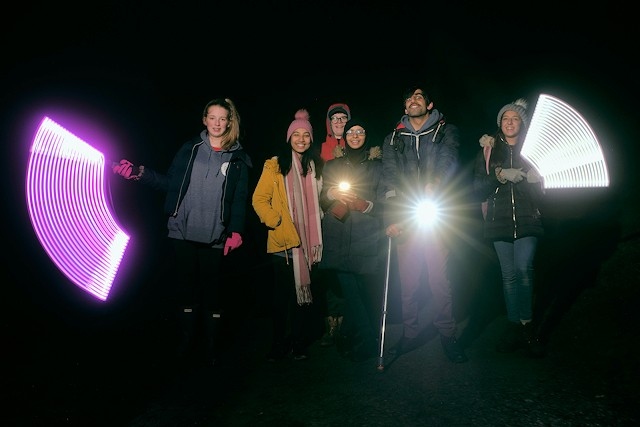 The Co-operative Heritage Trust have thanked the Heritage Fund North West for supporting their 2019 project to engage young people in Rochdale with their co-operative roots.

The Co-operative Heritage Trust announced in December 2018 that it had secured over £47,000 from the Heritage Lottery Fund for the project ‘Up Our Street – Exploring Pioneer Places’, aimed at young people aged 12 to 25 across the Rochdale borough.

The project was officially launched on 31 January 2019 and culminated in winter of the same year; just in time to celebrate 175 years of the modern Co-operative movement.

Operating from Rochdale Pioneers Museum - the site of the birthplace of co-operation where working class people established the first successful cooperative society in 1844 – the project worked with the Co-operative College, based in Manchester, and young people in Rochdale with the aim of reconnecting them with the rich co-operative heritage unique to their local area and beyond.

Young participants were invited to explore and learn more about Rochdale’s co-operative past through placemaking activities, evening meetings, talks, discussions, urban walks and rural hikes, which were led by the participants according to the Rochdale Principles of Co-operation.

Over the course of 2019, young people had access to special materials and collections, as well as mentors with expert knowledge. They also physically explored, mapped and interpreted the landscape, buildings and physical features of Co-operative Rochdale to help others understand how and why it became the 'birthplace' of the movement.

One session included hiking up Rooley Moor and around Healey Dell, finding out about the landscape which made Rochdale the place it is today, a medieval settlement, an Industrial powerhouse and a multicultural town making up part of Greater Manchester.

Another session included exploring local towns and villages, from urban Rochdale to the rural areas, which make the borough diverse. As part of these excursions, the group were spotting places and old buildings which were part of the Co-op story.

The group chose to interpret what they discovered through podcast, video and radio to share with others.

In December, the young people invited family, friends and neighbours to take part in a celebration event at Rochdale Pioneers Museum. They shared an exclusive showing of the film which they made, entitled ‘Pioneer Places’ (shot on location around Rochdale in areas of co-operative significance to the town and borough). The group gave a presentation to the audience about the project highlights and what they learned, from podcast recording and digital skills in Manchester, to re-tracing the footsteps of the Rochdale Pioneers over the Pennine Moors.

All five podcasts can be found on all audio platforms, just search for ‘Pioneer Places’ wherever you get your podcasts.

A resource pack has been produced to be shared with schools and young people’s groups in the borough to help extend the impact of the project as well as the Heritage Fund’s work in the region, without whom the project could not have happened.

Young people wanting to work with the Co-operative Heritage Trust in the future can apply to be volunteers or can join as Youth Advisors. The charity is keen to be more meaningful to younger audiences and this is a way for other young people to help develop its activities and approach in the future. The first meeting is at the Rochdale Pioneers Museum (31 Toad Lane) on Thursday 6 February 2020 from 5pm - 7pm.

If you want more information, you can contact the Co-operative Heritage Trust by email: museum@heritagetrust.coop