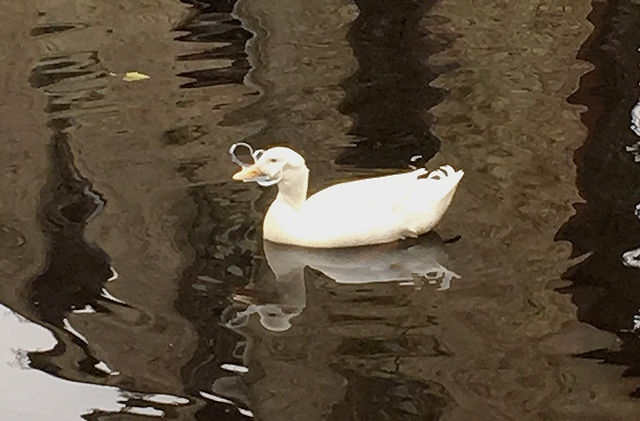 The duck caught in plastic

A former mayor of Rochdale is urging people to think about the effects of carelessly discarded plastic after finding a duck caught in a plastic six-pack ring.

Ian Duckworth, who was mayor between 2017 and 2018, found the duck, which had become caught in the plastic drink holder, on 21 January on Rochdale Canal near to the Wellfield Surgery on Oldham Road.

He said: “I have tried to catch it a couple of times but have failed. It appears it can drink and nibble on algae and similar, but not larger items like bread.

“This is an example of what happens when people thoughtlessly throw items like this away.”

Mr Duckworth has contacted the RSPCA, which receives around 5,000 calls a year regarding litter.

By disposing of rubbish safely instead of littering, incidents such as this can be prevented. Animals, including wild birds, can become entangled in plastic rings, suffering wounds, choking or even starvation.

The RSPCA recommends always cutting the loops before discarding and disposing of litter in a responsible manner.