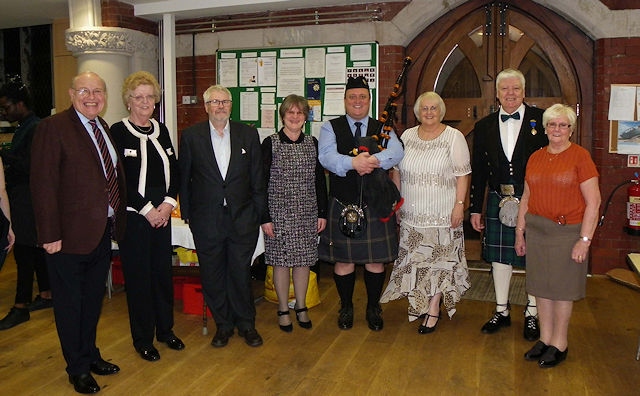 Trevor Armistead piped in the haggis and president of the Rochdale Scottish Society, Ray Milligan, resplendent in his kilt, was MC.

John Paterson, himself born close to Burns’ birthplace in Ayrshire, proposed a toast to ‘The Immortal Memory’ (the main tribute speech to Burns), while Peter Shrigley toasted ‘The Lassies’ and Sheila Moore responded with ‘Reply to the Toast to the Lassies’.

Burns Night is annually celebrated throughout the world on or around 25 January, the anniversary of Robert Burns’ birth.

The first Burns supper was held in July 1801 when nine of Burns’ close friends got together to mark the fifth anniversary of their friend’s death, and decided to continue the following year.

Continuing to this day, Burns suppers are celebrated with traditional dishes of haggis and whisky and recitals of his best-loved work.