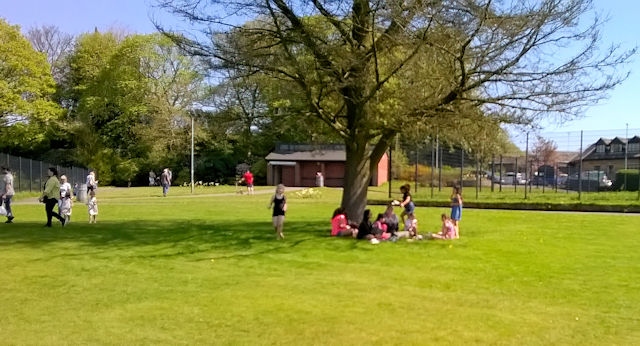 Two Rochdale parks and a common will benefit from new tree planting as funding has been secured from The Urban Tree Challenge Fund to plant both small saplings and large urban trees across Greater Manchester.

The Urban Tree Challenge Fund (UTCF) is a £10 million government fund for planting both large and small trees in and around towns and cities in England. The fund is being delivered by the Forestry Commission, as part of their work to expand woodlands and tree cover across England.

City of Trees has been co-ordinating the bid for Greater Manchester in partnership with the ten districts and registered housing providers.

Larger trees, over two metres in height, will take root in parks and green spaces across the region’s boroughs, including Rochdale. Springfield Park, Denehurst Park and Cronkeyshaw Common have been named by City of Trees as benefitting from the new planting.

The ‘All Our Trees’ survey found that Greater Manchester’s 11million plus trees lock up 56,530 tonnes of carbon and produce 122,450 tonnes of oxygen each year.

The data from ‘All Our Trees’ was used to provide justification for the need for tree planting especially large trees which deliver much greater benefits.

All Our Trees, Greater Manchester’s tree and woodland strategy, will be published in March and also includes recommendations for managing woodlands to boost biodiversity and create homes for wildlife especially species in serious decline.

Andrew Western, Green City Region Lead for the Greater Manchester Combined Authority (GMCA), said: "The environment in Greater Manchester is central to our daily lives - from the air we breathe to the water we drink and the green spaces in which we spend time. That is why it is crucial we not only protect and maintain what we have but enhance our natural resources.

“It's great to see City of Trees leading the way on trees and woods in Greater Manchester. Planting more trees - especially in urban areas - is vital to the health and wealth of the city-region. This significant funding helps us to deliver on our commitments within our 5 Year Environment Plan to secure a green, clean city-region.”

Jess Thompson, Director at City of Trees, added: “This is terrific news for Greater Manchester and the first time we have secured funding at this scale for large urban trees.

“The data gathered as part of ‘All Our Trees’ shows the crucial role trees play in combatting climate change and ensuring the city region is more resilient for the future.”