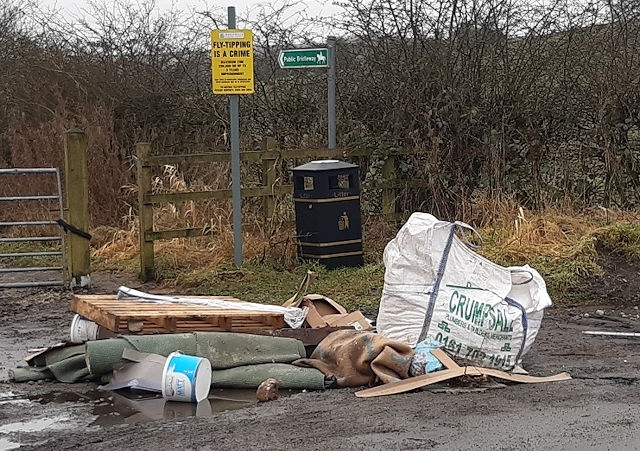 Following recent reports of fly-tipping along Ashworth Road in Norden, which included mattresses, furniture and decorating debris, the Countryside Alliance has offered advice to local people and reiterated its call for tougher action.

Fly-tipping is one of the more common crimes usually committed in rural areas, causing serious issues for those who are left to deal with it yet it is the only crime where the victims (private landowners) have a legal responsibility to dispose of the waste.

Fly-tipping affects 67% of farmers and is estimated to cost them £47 million every year with the average cost to clean up an incident being £800.

Despite the blight, only one in 600 incidents of fly-tipping lead to a prosecution with the most common punishment a fine of less than £430.

Estimates of true costs of fly-tipping lie between £100m and £150m each year.

As part of the group’s ongoing anti-fly-tipping campaign, they are pushing for improved access to Civic Amenity sites: extension of opening hours; locations; and overhaul and standardisation of admission policies, to encourage lawful disposal of waste.

The organisation also believe there needs to be greater support for landowners: anti-fly-tipping measures; utilisation of comprehension orders; and closer working relationships with local authorities in recognition to particular problems caused by waste fly-tipped on private land.

The National Fly-tipping prevention group, of which the Countryside Alliance is a member has the following advice to victims of fly-tipping:

Sarah Lee of the Countryside Alliance said: “The images of fly-tipping on Ashworth Road, though horrendous, are an all too familiar sight in the countryside. Fly-tipping is a serious issue. Sadly, there isn’t a quick-fix solution, but it is an issue many people feel strongly about and they want to see stronger enforcement action taken by the police and local authorities.

“Installing CCTV in known problem areas acts a good deterrent. As important as these steps are, the best way of tackling it is to work together within our communities to find the culprits.

“Reporting suspicious activity, particularly at hot-spots, is essential in tracking down those responsible.”