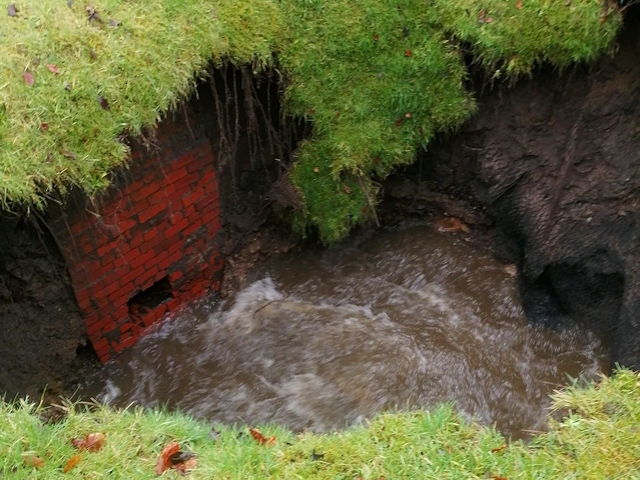 A massive sinkhole has opened up in Rochdale following Storm Ciara at the weekend.

The sinkhole appeared over a culvert on Woodlands View in Belfield on Sunday (9 February).

The area has since been fenced off.

Mark Widdup, director of neighbourhoods at Rochdale Borough Council, said: “We have ensured that the highway at Woodlands View is safe and instructed our contractor to fence round the area to prevent access to the sinkhole, which is being checked daily.

“The sinkhole itself is on private land so the repair is the responsibility of the land owner; who has been given advice by council staff.” 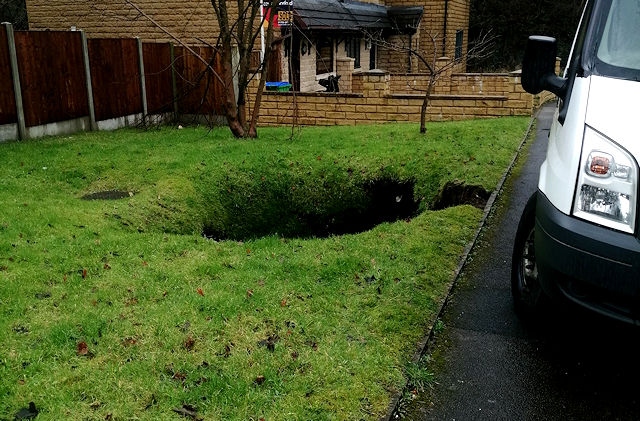 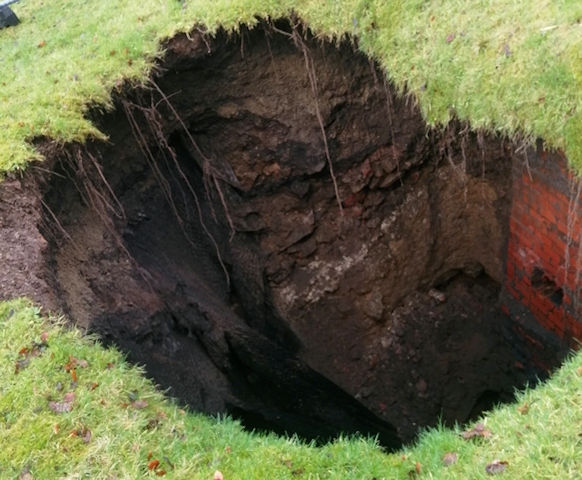 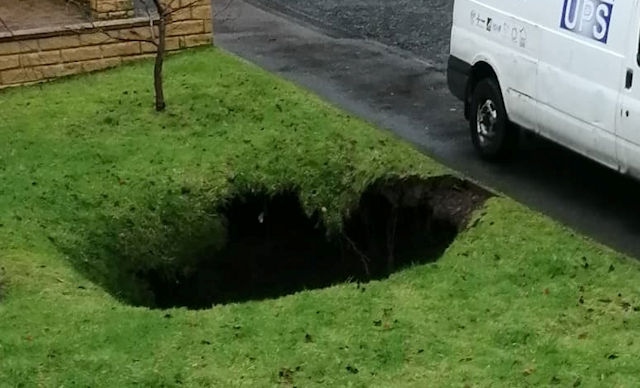