You are Here: Home » News » News Headlines » Controversial £20 ‘bin tax’ could be scrapped before it even gets going 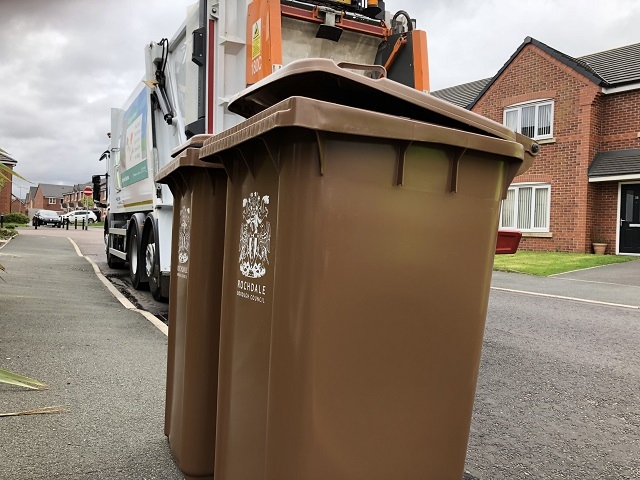 Rochdale council is proposing to charge residents a £20 fee for replacing bins which are lost, damaged or stolen

A controversial ‘bin tax’ could be scrapped before it gets off the ground – if Rochdale Borough Council acts on a committee’s recommendation.

The local authority is proposing to charge residents a £20 fee for replacing bins which are lost, damaged or stolen.

However, a council scrutiny committee says the ‘universally unpopular’ scheme should be referred to cabinet – and ‘binned’.

It was fiercely attacked by Councillor Liam O’Rourke, whose motion recommending scrapping the charge was carried in a committee vote.

“This is not the image of the council I would like to be putting forward, for the reasons I outlined in October.

“Quite frankly we need to be looking at other ways of raising money other than doing this.”

Councillor O’Rourke also claimed the issue was too much of a ‘hot potato’ to be delegated to three people and should go to cabinet for a decision.

“Pardon the pun, it’s a rubbish proposal, we need to look again, seriously, at this,” he added.

Conservative leader Councillor Ashley Dearnley proposed tweaking the scheme, so that residents would not be charged for their first replacement bin, while councillors Aftab Hussain and Dave Bamford also made similar suggestions.

Councillor O’Rourke – who also questioned the projected £189,000 saving – said it would be a mistake to ‘over-complicate’ matters, insisting the proposal needed to be ‘ditched’ altogether.

He also dismissed an ‘appeals’ process described by Neil Thornton, claiming it would give rise to a ‘bureaucratic mess’.

The Heywood North councillor added: “It’s absolute hokum that this will produce the saving that’s proposed. We are going to throw the baby out with the bathwater and punish people – whether by design or by accident – who need their bins.

“It doesn’t work, it’s unenforceable and people are going to be left severely disappointed when this council starts charging for one of the services they believe they pay for out of their council tax.”

His recommendation that the proposal should be scrapped was carried by a majority vote of the committee.

However, councillors were told that – should the scheme be thrown out by cabinet – officers may have to resort to savings proposals that had been rejected during the budget setting process.

Councillor O’Rourke suggested an inflationary rise should be applied to the discretionary fees and charges currently exempted under the 2020/21 proposals – with the exception of car parking and careline/support at home adult care charges.

The committee backed his recommendations to cabinet in the case of taxi licensing, land charges, music services and food hygiene.

However, they did not support applying an inflationary rise to facilities management charges or hiring town hall meeting rooms.

Rochdale council’s cabinet meets tonight (Wednesday 12 February) to agree the budget proposals for 2020/21, although this does not include a decision on the replacement bin charges.