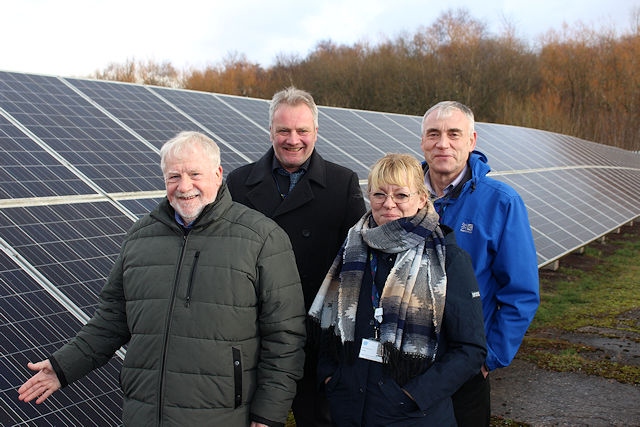 The leader of Rochdale Borough Council has hailed the authority’s green credentials after further radical plans were announced to reduce carbon emissions across the borough.

He was speaking after a key new group, the Climate Emergency Group, was established to promote new ideas and ensure climate change remained at the top of the political agenda at a local and regional level.

The group, approved by councillors at a recent cabinet meeting, will include the Member of the Youth Parliament, local residents, the voluntary sector and representatives from a new climate change business group.

Its key remit will ensure the council continues to deliver on the the Climate Change Emergency Motion, which was approved by councillors last year. The motion called on the borough to be carbon neutral by 2038.

Councillor Brett said: “We have a record to be proud of on tackling climate change, ensuring Rochdale is setting the agenda with our radical green initiatives. There is still much to do and, as leader, I am determined to keep this vital issue at the top of the agenda. That’s why we have established the new climate change group, which will span the age generations, and ensure everyone across a borough has a voice at the top table.

“We have a number of visionary policies in place, which will see more electric cars, further investment in public transport, a greener and cleaner borough and my campaign for a new tram link for Middleton remaining on track.

“With these and many other pioneering plans, I am very positive about us delivering on our ambitious targets for making the borough carbon neutral.”