You are Here: Home » News » News Headlines » Major fly-tipping rates in Rochdale one of highest in country last year 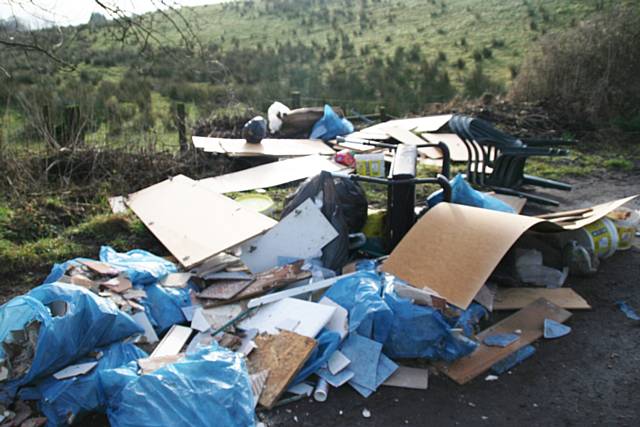 Rochdale had one of the highest rates of major fly-tipping incidents in the country last year, new figures from the BBC Shared Data Unit show.

The cost of removing such large-scale fly-tipping locally last year took up a 52% chunk of the overall clearance cost – even though the number of large incidents accounted for 18% cent of the total of all fly-tipping incidents reported.

Tipper lorry loads accounted for 904 of the total number of major incidents, costing £287,700 to clear, whilst ‘significant/multi-loads’ were recorded for just 35 incidents locally.

Nationally, large-scale fly-tipping took up 21% of overall clearance costs, whilst large incidents accounted for only 3.4% of incidents reported.

Martin Taylor, Head of Environmental Services, said: “While it is disappointing to see these figures, we place extreme emphasis on doing everything we can to tackle fly-tipping problems, with all reported cases investigated fully.

“Where we can find evidence amongst discarded waste, we can and do issue frequent fixed penalty notices and prosecute to help recover costs that ultimately impact on the taxpayer. There is just no excuse for environmental crimes like this and we have seen a significant increase in successful prosecutions – giving a clear message that fly-tipping will not be accepted.

“We must also encourage residents to be vigilant; report fly-tipping and check that all waste disposal companies have the correct licence in place on the Environment Agency website to help combat unlawful tipping.”

A spokesman for Department for the Environment, Food and Rural Affairs (Defra) said: “Fly-tipping blights communities and poses a risk to human health and the environment.

“It also undermines legitimate waste businesses where unscrupulous operators undercut those operating within the law.

“Local authorities have a range of powers to tackle fly-tipping.  Councils are able to issue on-the-spot fines to fly-tippers and to stop, search and seize vehicles suspected of being used for fly-tipping.

“Local authorities and the Environment Agency are also able to issue penalties of up to £400 to householders who do not pass their waste to a licensed carrier and whose waste is then found fly-tipped.

“The Environment Agency is responsible for tackling large-scale illegal dumping incidents and is determined to make life hard for criminals by disrupting and stopping illegal activity through tough enforcement action and prosecution.

“We continue to use intelligence to target the most serious crimes.

“The Environment Agency takes enforcement action to bring businesses back into compliance and to prevent and disrupt criminal activity.

“This includes providing advice and guidance for businesses trying to do the right thing, issuing enforcement notices, and penalising businesses as a last resort.

“Waste companies, local authorities and businesses all have a responsibility to check what happens to their waste.

“Householders can check if a waste carrier is an approved carrier on the Environment Agency website.”