You are Here: Home » News » News Headlines » TV’s Most Haunted search for the supernatural at Champness Hall

TV’s Most Haunted search for the supernatural at Champness Hall 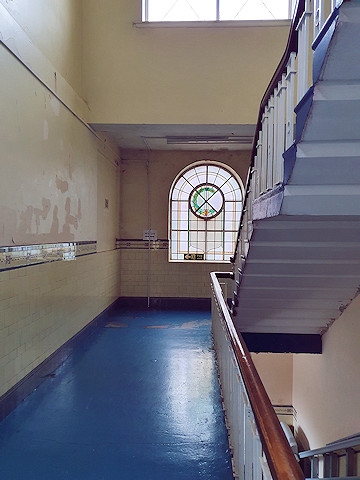 The team from television’s ‘Most Haunted’ paid a visit to Rochdale on Saturday 15 February as they investigated Champness Hall with the public on a Most Haunted Experience event.

Most Haunted was first broadcast on television in 2002 and is presented by Yvette Fielding. Using psychic mediums and scientific equipment, the British reality series follows a team of paranormal experts who launch investigations into reportedly haunted locations, both around the UK and overseas.

Following reports of loud voices and footsteps heard when no one else is around, staff seeing dark shadows fleeting through the empty corridors, to several pianos playing by themselves, ghost hunting at Champness Hall began at 9pm and finished at 1am, with 40 guests opting in on the night.

Named after Methodist Minister Thomas Champness (1832 – 1905), Champness Hall first opened on 8 September 1925, the largest building on Drake Street and one of the most grandiose landmarks in the borough.

Champness Hall included facilities for 1,000 Sunday school pupils, 20 classrooms for study, an exhibition centre and flats for the homeless, plus the largest auditorium in town. Regular worship sessions were held in the Art Deco style auditorium, the centrepiece of the hall.

Throughout the night, the public, along with stars of the hit TV series since series one, Karl Beattie and Stuart Torevell, conducted many experiments including Ouija Boards, table tipping and made use of ghost hunting equipment.

“Table tipping [a type of séance where participants sit around a table, place their hands on it, and wait for rotations] in the theatre was great and two guests reported seeing an old gentleman with grey hair in the theatre area. After investigating, no one fitted the description, but more importantly, everyone was accounted for. No one was in that area at all.

“Some of the guests reported K2 activity [a meter that erratically moves back and forth when paranormal activity is present], plus loud footsteps when no one was around.

“Also, there were two reports of guests, and myself, on two separate occasions throughout the night seeing a person - black silhouette - walking through a doorway on one of the landings, only to find when investigated that no one was around which was extremely weird. We had the whole building to ourselves; we were the only people in the location and the doors were locked.

“Another guest and I also heard a door bang close right next to us. We jumped out of our skin. 12 guests and Karl and Stuart heard it also, as they were stood below on the stairs.

"We tried to debunk it but couldn’t, even though it was very windy outside the area was sealed and there was no draft from any windows or doors. Who knows what it was – it was certainly strange and quite scary.

"We had plenty of team on the event to be able to take small groups off into different areas and rooms. The building is huge and like a maze in some parts.

“There are still many more areas that we didn’t get the chance to cover, so we are very much looking forward to our next event, visiting this vast building again to see what it has to offer.

"The staff at the location, who are volunteers, were great and extremely helpful.

“Needless to say, we all went home with more questions than answers regarding the paranormal, with some very strange happenings which we just can't explain.”

Most Haunted Experience will return to Champness Hall every month throughout 2020. Some sessions will be with TV celebrities, plus other non-celebrity events.

The next celebrity event at Champness Hall with Karl Beattie and Stuart Torevell will be on Saturday 25 April 2020.