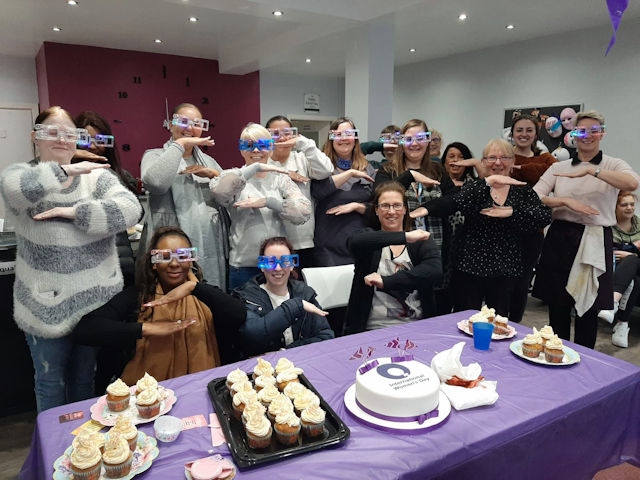 Natasha provided female service users with a cake icing demonstration, using the International Women’s Day Logo as the feature. She then showed the ladies how to make buttercream and showed them how to pipe and then decorate cupcakes. Participants were then provided with an opportunity to give it a go for themselves.

International Women's Day (8 March) is a global day celebrating the social, economic, cultural and political achievements of women. The day also marks a call to action for accelerating women's equality.

International Women's Day has occurred for well over a century, with the first gathering in 1911 being supported by over a million people.

Rochdale Connections Trust’s Chair of the Board and Founder, Viv Carter DL also gave a talk about overcoming adversity and the challenges she has faced as a woman over her lifetime and inspired service users to work hard to achieve their dreams.

Bev Place, of Rochdale Connections Trust, said: “Everyone had a wonderful time. We would like to express our sincere thanks to Natasha for taking the time out of her busy schedule to come along and support the charity, whilst ensuring our ladies had lots of fun and delicious cakes to eat too.”

Rochdale Connections Trust was established in 1997 by a group of youth court magistrates, who had become increasingly concerned by the number of young people coming before them who had little or no family support.

Since then, RCT has evolved to include work with socially isolated adults and those with complex needs, whilst remaining highly committed to their original targeted youth support programme.