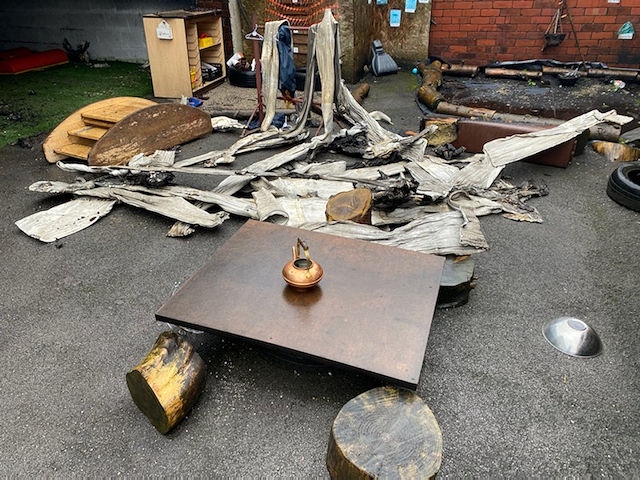 A fundraiser has been launched to help restore equipment at Seeros Central Daycare in Rochdale, after it has been repeatedly targeted by vandals.

In recent weeks, the Seeros nursery on Church Stile has been targeted by a group of teenage boys, who have damaged the outdoor soft play equipment, as well as setting AstroTurf alight, and melting a plastic roof for an outdoor shelter.

Managing director Samira Ansari said: “Over the last few weeks, we have been victimised by a group of lads, aged between 13 and 16, who have made it their mission to climb the fence, cause fire damage and damage our playground. I have been watching the cameras every evening.

“I just don’t understand the logic.” 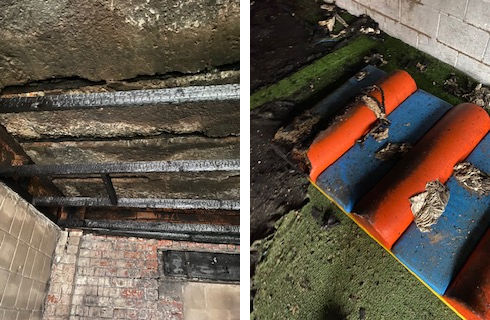 The size of the group has varied between four and nine with staff at the nursery taking measures to stop the youths jumping over the fire escape.

Mrs Ansari continued: “I’m most disappointed in the lack of support from police; they told us they couldn’t do anything as they were minors. One of the boys was arrested for having a knife. There is no deterrent there, and they don’t have any morals.” 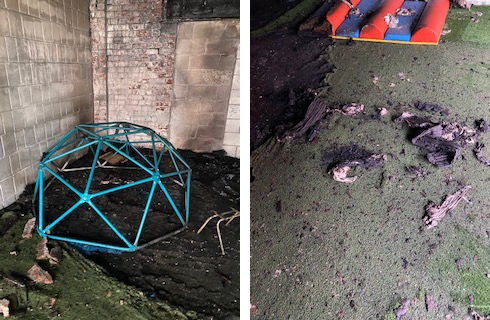 Mrs Ansari estimates the cost of repairs to be in the region of £2,500.

She added: “The parents have been a god-send. They have helped us clear up and set up the fundraiser. I’m very grateful for the help.”