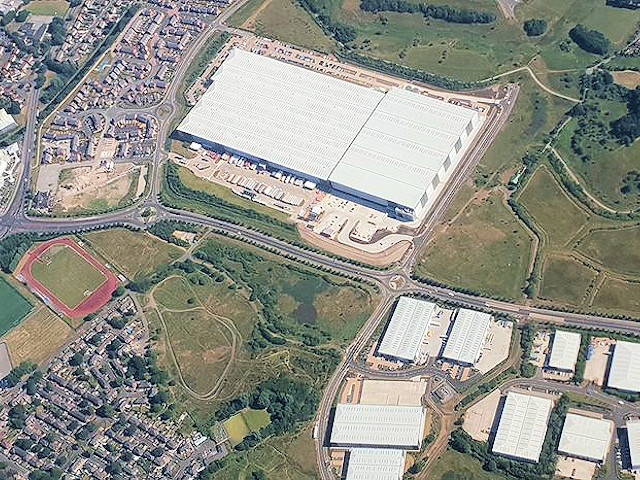 Fashion retailer JD Sports has come under fire from its warehouse employees – as it remains open despite the coronavirus pandemic.

A number of employees have contacted Rochdale Online with their concerns that the warehouse, which employs thousands of people, is not doing enough to protect its warehouse workers from the current health threat in line with current government advice.

On Monday (23 March), the government recommended all non-essential shops close, including clothing, although rival brand Sports Direct tried to argue its goods were ‘essential’.

Hundreds of staff have expressed fears that the warehouse is a breeding ground for coronavirus, due to poor hygiene and crowded working conditions. The company is refusing to close down, despite the fact that the government would pay 80% of staff wages, leaving JD with a bill of only £5 million for a company that made £340 million profit last year.

One JD employee informed Rochdale Online that all staff were given hand sanitiser and gloves on the 20th, but another told us that staff on their shift had not been given anything.

Rochdale Online has been informed that staff still have to clock in for their shifts using fingerprint scanners, whilst no precautions are being taken over the handheld scanners used in the distribution centre.

The smaller canteen in DC2 has closed, whilst tables and chairs have been removed in the main canteen – and hot food will no longer be served.

A photograph of a warehouse toilet was also disclosed to Rochdale Online, depicting unsanitary conditions.

An employee told us: “I’m not sure how they will fit everyone in the canteen and the toilets are a mess. They are flooded, missing lids and the urinals are leaking.

“It’s a joke: they are putting profit over their employees’ health. They’ve said we can go home and have offered leave to those who want it, but it will be unpaid.”

However, staff who had gone to work with symptoms of coronavirus – and didn’t immediately declare it to management – were sent straight home by JD Sports, Rochdale Online understands.

A letter posted inside the warehouse states that the canteen floor has been marked with 2m distancing, and installed wash basins throughout the site.

Staff have also been instructed to leave 2m distancing between themselves, whilst disinfectant spray has been provided for those on packing stations or utilising a screen.

The letter also says vulnerable colleagues have been removed from the working environment and leave has been offered to anyone who would like to take it.

Another employee told us that all agency staff had been laid off by the company, and, in a further kick in the teeth to its warehouse employees – the sports company has closed its high-streets shops “to protect our employees.”

JD Sports posted a message via Facebook to its “JD Family” on Monday (23 March), prompting many to query if the warehouse workers are also considered ‘family’.

Since then, the company has been offering a number of delivery offers on website purchases, further infuriating its warehouse workers, who say the workload has almost tripled.

The deputy divisional officer of Usdaw (Union of Shop, Distributive and Allied Workers), Tony Clare, has written to the chief executive, Peter Cowgill, over the concerns as well as the local MP, Tony Lloyd, the leader of the council, Allen Brett, and Greater Manchester Mayor Andy Burnham.

The letter, sent on Tuesday, reads: “I have received numerous enquiries from our members in your Kingsway warehouse concerned about their health and safety during the coronavirus outbreak and seeking clarity over your intentions to keep the warehouse open or not.

“I think the position for your shops is clear. They are not an essential business and should therefore remain closed. If there was any doubt over the interpretation of the government advice then I think this has been clarified by this morning’s fiasco over Mike Ashley’s attempt to open Sports Direct stores.”

“As far as the warehouse is concerned the government advice is less clear. Depending on which source you go to the advice oscillates from businesses only being allowed to open if they are on the list of essential services, to being allowed to open simply because it’s not possible to work from home. Clearly, following the former position the warehouse would close but following the latter could remain open.

“Could you please confirm that you intend to close the warehouse for the safety of your employees and their families?

“Assuming that you do the right thing and close the warehouse then JD staff will become ‘furloughed workers’ i.e. they will be covered by the government’s coronavirus job retention scheme entitling  them to 80% of their wages while they are unable to work.

“The mechanics of delivering the 80% wages are not yet clear and are unlikely to be so until the end of April.

“However, JD is a very rich company that can easily afford to pay staff their wages in the normal way in the meantime. A crude calculation shows that it would cost in the region of £20 million to pay everyone in the warehouse their full wages for 3 months. 80% of this would be recoverable from government so the ultimate cost to JD would be about £4 million. This is easily manageable for a company with a turnover approaching £5 billion and profits approaching £350 million. It’s not even one week’s profit.

“Could you please confirm that you will continue to pay staff FULL wages as normal?”

A second letter from Usdaw also urged the company to communicate with staff and close.

Tony Clare, Usdaw Deputy Divisional Officer, added: “This is disgraceful behaviour from one of the country’s biggest and most successful companies. They may be abiding by the letter of the government guidelines, which are now being shown to be an absolute shambles, but this is not in the spirit of what the government and more importantly the public expect. Selling trainers and sports fashion is not an essential service in the middle of our greatest ever national emergency.

“Unfortunately this is not surprising, the company has an appalling record when it comes to the health and safety of their staff.

“We are calling on JD to do the right thing for once and close the warehouse for everyone’s safety.”

Leader of the council, Allen Brett said: “They need to think of their workforce as the most important people and if it is a vital service. They are not the only firm that I have been contacted about.”

MP Tony Lloyd said: “From the Prime Minister downwards, all the advice given tells us to stay at home, to protect our NHS and to save lives. Obviously, we rely on some key services such as healthcare, where our nurses and doctors and so many more are providing a tremendous service for our country. Also our care system, where carers are looking after some of our most vulnerable fellow citizens, and the police, who must continue to work to keep us safe.

“Beyond these vital workers, it is hard to see why for just this brief three-week period, which the government has asked us all to respect, companies can continue to operate unless they can define themselves as an essential service.

“Where people are asked to go into work, employers have a duty of care to ensure that people can work within the acceptable two metres of separation we have all been asked to follow. This does not simply apply to an employee’s work station, but in all communal facilities, canteens and access points.

“This is now no longer an appeal, but a demand, for every employer, particularly across Rochdale, to ask themselves these three questions:

“We really do have to work together on this. Every employer who asks a non-essential employee to come to work, is not only putting that employee at risk, but their family, their co-workers, and quite possibly those key workers in our NHS and other vital services, every time they catch a bus or train to work.

“I have raised these concerns directly with JD Sports but this issue really needs to be addressed by every work place across the borough. The Prime Minister was very clear in Parliament that over this brief period of time, keeping people safe and protecting our NHS, is the number one priority for our nation. On this overwhelmingly we agree.”