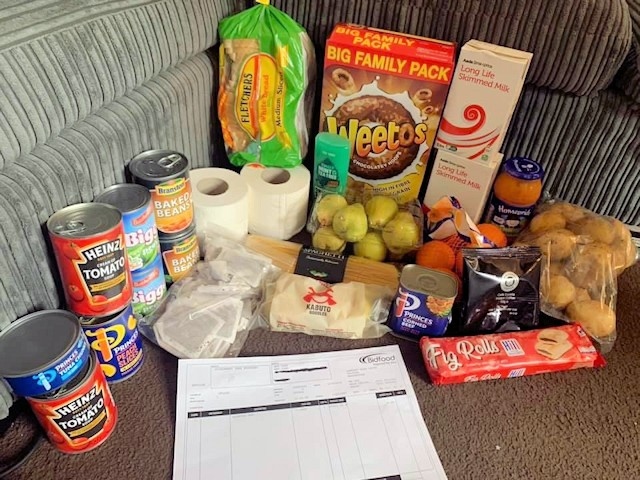 Recipients of government food boxes have been in touch with Rochdale Online, sharing their photos of the packages received.

Following yesterday’s article that the council was taking steps to improve the parcels’ quality, some recipients of the government packages have been in touch with Rochdale Online, praising the initiative.

Robert Jenrick MP, Secretary of State for Communities and Local Government, contacted Councillor Brett at 10.40pm yesterday to discuss the comments he had made about government food parcels.

Mr Jenrick said: "I called the Leader of Rochdale Council this evening to explain the position and my officials will call his chief executive tomorrow. I’m afraid they misunderstood or misrepresented the position."

One resident, James Bannon, said: “My partner received her package direct from the government.

“The care package has gone a long way for our family, and others who are struggling at this difficult time.”

The food boxes are for people who are being shielded from coronavirus and cannot leave their homes because severe health conditions leave them most vulnerable to the virus.

The government said the packages would contain essential food and household items such as pasta, fruit, tinned goods and biscuits, for those who need to self-isolate at home for 12 weeks but have no support network of family or friends to help them.

Addressing the council photo, a government spokesperson said: “Our food boxes are of a standard that is consistent and include cereal, fruit and vegetables and pasta. As much as possible, this is a package that is universally suitable, and will provide enough food for one person for one week.

“Councils have been issued with some additional supplies to help kickstart their wider efforts – but these should not be confused for a food box.”

Responding, a council spokesman said: “We do not recognise the secretary of state’s description of these packages being additional supplies to kick-start wider efforts as they were linked directly to our shielded residents. While we are pleased to hear reports that packages sent directly to homes were of a higher standard, we also note that other councils have expressed concerns about the quality of the initial packages they received from government.”

Chris Clarkson, MP for Heywood and Middleton, said: “In difficult times such as these it's vital that we all work together to support the people we represent. I was therefore very disappointed to see Rochdale Council had issued a press release which was very unclear to the point of being misleading and could have left some of the most vulnerable people in our communities deeply worried.

“It is vital that people get clear and accurate information from government at national and local level. Silly stunts – during a national emergency – such as these do nothing to bolster people's trust in their representatives.

“I was extremely grateful to the Secretary of State Robert Jenrick for acting so swiftly to correct this misinformation and I have written to the Leader of the Council inviting him to put out a clarification, explaining the truth of the situation."