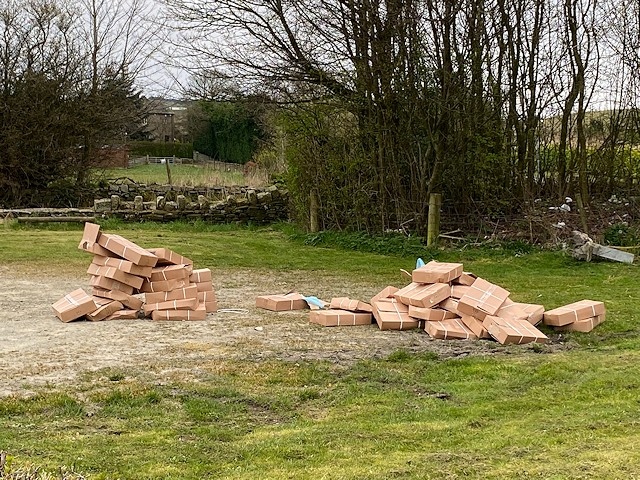 Over 60 boxes of frozen chicken have been dumped at two different locations in the Rochdale borough, as incidents of fly-tipping have increased.

Whilst the country is under lockdown, Rochdale Borough Council has confirmed more fly-tipping than usual has occurred, which appears to be mainly coming from rogue waste disposal man and van type businesses.

This includes over 60 boxes of partially frozen chicken thighs dumped in separate locations a mile apart at a car park off Wildhouse Lane in Milnrow and the playing fields at Firgrove. This was removed by the council.

Mattresses were also tipped by a garage at Louise Gardens on 31 March.

CCTV footage of the mattresses being dumped has been passed onto the council for investigation.

A spokesperson for the council said: “The council would like to remind residents that if you are tempted to employ a man and van to dispose of your waste, to think carefully about the risk of finding yourself in court for using a non-registered waste disposal operator.

“Officers are still out and about investigating fly-tips wherever possible, especially where there is a risk to public health and we will not hesitate to employ the wide range of resources available to us to bring these offenders to justice.”

Whilst the recycling centres are currently closed under government guidance, bin collections in the borough are unaffected and will continue as usual.