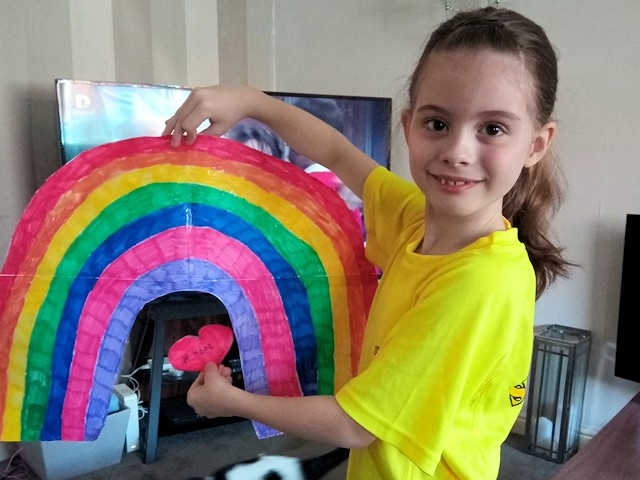 A rainbow picture created by a little girl from Middleton has been displayed in the window of Number 10 Downing Street.

The artwork, by Lily-Rose Davies, six, was created for The Acute Medical Ward at North Manchester General Hospital, and has since been displayed in the window of the Prime Minister’s home.

Chris Clarkson, MP for Heywood and Middleton, said Lily-Rose’s rainbow was “a wonderful tribute to the amazing team at North Manchester General Hospital” whilst staff at the hospital said they ‘loved it’.

Lily-Rose said she "feels so very proud and pleased" that her rainbow was chosen, "especially as Boris has been unwell" and she hopes it will make him, and the doctors and nurses who are working so hard, smile. 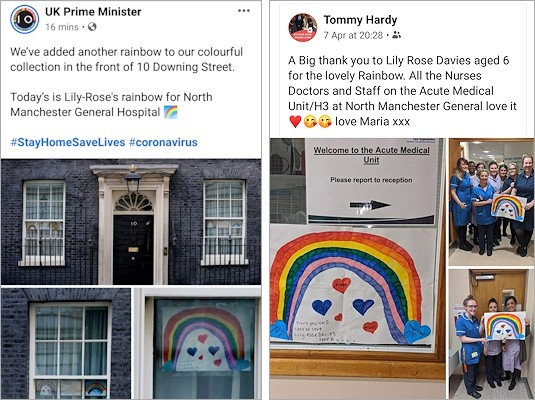 Her mother, Victoria Davies, Middleton Town Centre Manager, said: "We are just so proud of her, she has done so well. Lily-Rose is such a kind and caring little girl and this is such a wonderful recognition for her.   The news that her rainbow was chosen came at the best time, as the night before we found out was the first time she had cried about Covid-19 and the lockdown.

"It broke my heart - as she was missing her grandparents and with it being her birthday on Sunday (19 April) and we can't go out and celebrate as we normally do.

"This news has cheered her up no end and all the kind words people have said to her about it has made not only her day, but also her birthday."